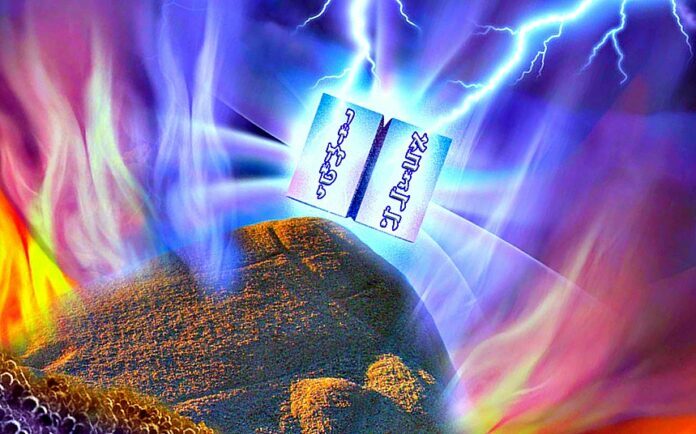 The Talmud (Shabbos 129b) tells us that a celestial damager was sent out against the nation of Israel on the day before Shavuos. It’s name was T’vuach. By virtue of Klal Yisroel having accepted the Torah, they saved themselves from the destructive fate of T’vuach. On the eve of Shavuos we do not engage in any form of bloodletting because of the dangers involved. Indeed, the sages forbade doing so on every Erev Yom Tov on account of Shavuos. The Minhag is cited by some of the commentators (Darchei Moshe CM 468:3) and the Levush (OC 493), but is not cited by the Rambam, Tur, or Shulchan Aruch. The custom in Klal Yisroel is to avoid it unless there is medical need.  Many Poskim recommend against blood tests on Erev Shavuos.  Diabetics can test their blood without any issue.

Some people have the custom to sleep on Erev Shavuos in order to be able to stay up the entire night on Shavuos. The Mogain Avrohom (OC 290) quotes the Sefer Chasidim that when Erev Shavuos falls on Shabbos, it is forbidden to say that one is resting so that he or she can be awake for the night of Shavuos.

The Minhag of Grass and Trees in Shul

There is a Minhag mentioned by the Ramah in Shulchan Aruch (OC 494) to place grass, flowers, and trees in Shul on Shavuos. One explanation for this is found in the words of the Levush (Rabbi Mordechai Yaffe):

It commemorates the grass that surrounded Har Sinai at the time of Matan Torah. As the verse states, “the sheep and flocks may not graze…” The indication is that grass grew there. It is a worthwhile Minhag to continue because it helps us relive the experience at Har Sinai—an experience that we actually go through once again.

Another explanation is that it commemorates the bringing of the Bikkurim the first fruits, which were made from baskets woven and decorated from and with grasses and flowers (Ziv HaMinhagim).

Another explanation is that Moshe Rabbeinu was saved on the banks of the Ye’or which had grassy knolls (Chiddushei HaRim – the Gerrer Rebbe).

The Brisker Rav explained that the decorations are a minimum form of decoration and show us that the only means in which one can acquire Torah is if we are satisified with the minimum and not pursue luxuries and other forms of consumption. Grasses are mentioned in this vein in the Gemorah Eiruvin 22a by Rabbi Adda Bar Ahava (Moadim L’Simcha p. 402).

The Shacharis and full Hallel of Yom Tov are recited.

The Piut (supplication poem) was written by Rav Meir Ben Yitzchok Shliachtzibbur, a Rishon that is often quoted by Rashi and Tosfos (See, for example, Rashi on Tehillim 73:12 and Tosfos RH 11a). It is a double Aleph Bais poem that describes the greatness of the Creator of the world, the nature of Malachim, and the loftier stature that the nation of Israel has above the angels themselves. It has 90 stanzas and its own nigun.

One section of it describes how, kavyachol, Hashem is longingly desirous of Klal Yisroel learning Torah and desires their prayers. It ends with the statement that who hear (and absorb the depth and meaning of the piut) will merit to be among that group that will merit fantastic miracles on the great day.

The Piut is recited in Aramaic so that the Malachim will not understand it, hear it and take it for their own use. It should remain special for the Jewish people alone. It is the only Piut which is recited while the Sefer Torah itself is lying on the Bima. This demonstrates how very special it is.

The reading of the Aseres HaDibros takes place on the first day of Shavuos. This is followed with Mussaf and the Birkas Kohanim. On the second day Megilas Rus is read before the reading of the Torah.

Why We Read Megilas Rus

There is a debate among the Poskim as to whether our custom to read the Megillah of Rus on Shavuos is a full-fledged obligation or a Minhag. The reason why we read the book of Rus is to teach us that Torah is only given through hardship and poverty (Yallkut Shimoni 596). Another reason is that the entire episode took place during the Zman HaKatzir – and Shavuos is known as Chag HaKatzir too. A third reason is so that we will have read all three parts of the TaNaCh on the day of Matan Torah (Otzer HaMinhagim).

On the second day of Yom Tov (the first day in Eretz Yisroel) after the Torah is read, a special prayer of Yizkor is recited as is done on all second day Yomim Tovim. We daven for and pledge Tzedakah in the merit of those in our family who have passed on. It is the custom in Klal Yisroel for everyone who still has both parents to leave the shul during the recitation of Yizkor.

Like on Shabbos, there exists a prohibition of performing Malacha on Yom Tov. The admonition against certain Malachos should be used as a means of coming closer to Hashem as well. What is Malacha exactly, and how can it be used as a tool for greater closeness to G-d?

Our refraining from such creative acts on Shabbos and Yom Tov is the collective flag of the Jewish people. Just as any nation is proud and salutes its national flag, so too is the observance of Shabbos and the holidays the flag of the Jewish people. The flag symbolizes and embodies our belief that the world was created for a purpose by a kind and benevolent Being who rewards good and punishes evil. A focus on this idea will cause us to become ever closer to Him. Mere contemplation of it when we refrain from Malacha achieves this end.

While the definition of Malacha is the same for both Shabbos and Yom Tov, the Torah made some exceptions for Yom Tov. The Torah states that actions that are necessary for people to eat are permitted on Yom Tov. This is called “Ochel Nefesh.” Not all actions, however, are permitted for Ochel Nefesh purposes. If the food preparation could have been done with equal freshness and results before Yom Tov, and one had the time opportunity to do it then, then it may only be done with a shinui on Yom Tov itself. There are some Malachos on Yom Tov that are forbidden or very different even when it comes to food preparation.

One is also, of course, not permitted to perform any Malacha on the first day of Yom Tov for the second day of Yom Tov – even if the preparations involve no Malacha. This is called Hachana and something in which we must be very careful. The Yom Tov is very special and acts performed on it must be limited only to the needs of that Yom Tov.

May it be Hashem’s will that we merit a complete and full Kabalas HaTorah this year!