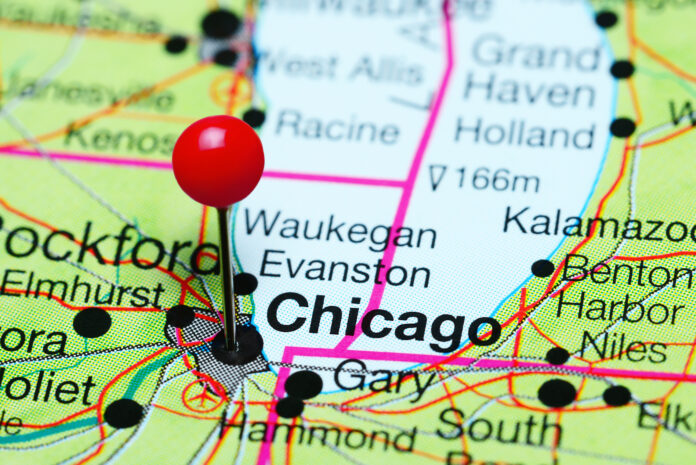 “Snatching a victory from the jaws of defeat,” is how one insider described the efforts by Agudath Israel of Illinois (AIOI) to retain favorable district lines in the new legislative maps recently passed by Illinois’ state legislature. The last-minute revisions to keep more of the Orthodox Jewish community united were one of the few adjustments made after the first map proposal was unveiled days prior, capping a year-long effort to prevent the community from being carved up across multiple districts.

Once a decade, following the U.S. Census, district lines are redrawn in states across the country. The boundaries of legislative districts can impact a community’s influence. If a community becomes a smaller the percentage of a district’s electorate, their political significance is diminished, and if consolidated, their voice can become amplified. On behalf of Chicago’s Orthodox Jewish community, AIOI’s director of government affairs, Rabbi Shlomo Soroka, spearheaded a campaign to preserve the integrity of the community’s voice using media and public relations, lobbying legislators, party leaders, and even the governor. In April he testified before the state Senate and House redistricting committees and using the committees’ portal, submitted maps for lawmakers to use.

Despite the all-out effort and comprehensive approach, the initial new map proposal further divided the community, sparking fears that the community’s voice in government could be silenced. As a last-ditch effort, Rabbi Soroka testified at a late-night joint redistricting committee hearing to explain to lawmakers how the proposal could diminish community influence to “the brink of political irrelevance,” and proposed an alternative boundary line.

“The Orthodox Jewish community is one that unfortunately is often overlooked as a community of interest, despite our unique needs and interests,” Soroka testified. “I do not believe these changes were done with the intention to silence my community, but I need this honorable body to know that regardless of the intent, the effect will be the same.”

His impassioned plea was heard and when the new maps were released the following day, adjustments to accommodate were made. In a press release, House and Senate Democrats highlighted the change to accommodate the Orthodox Jewish community’s request. While the new map, which has since been voted on and passed, isn’t perfect, it is a significant improvement from the initial proposal.