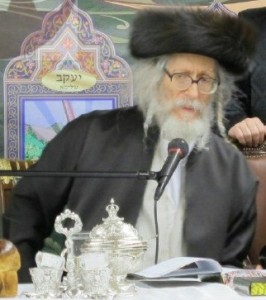 Now that it is clear that Rabbi Eliezer Berland is not returning to Eretz Yisrael any time in the near future, dozens of his chassidim have decided to move, relocating to Morocco to be with their rebbe.

Rabbi Berland fled Israel to avoid arrest, and if he returns to Israel he will be placed in custody.

Realizing their rebbe is now a resident of Morocco, Maariv reports it has learned that over ten Breslov families affiliated with the rav’s Shuvu Banim Yeshiva have opted to leave Israel and take up residence with the rav’s new community. Members of the community in Morocco report there are already over 40 children from newborn to 15-years-old in the Morocco community and they are now working to set up schools. At present, the children are home schooled, but for the boys it appears the framework is a bit more organized.

One member of the new growing kehilla stated “All that is missing here is Bomba [peanut snack] and cola for we have everything else we need”.

The families are living near the shul, apparently an inexpensive area and because they are together there is a great deal of support with the families assisting one another.