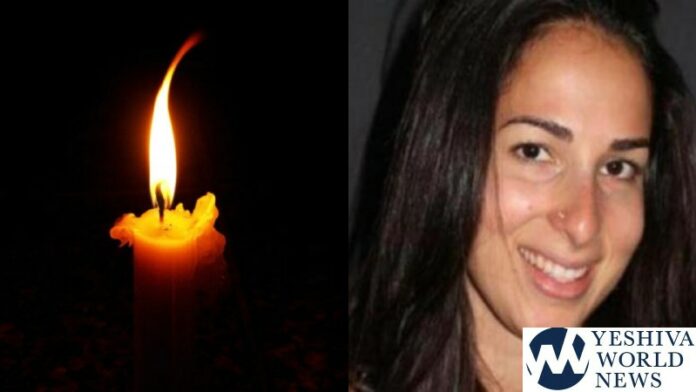 Anat Kimchi, z’l, of Maryland, was stabbed in the back in broad daylight over the weekend while on a visit to friends in Chicago and died from her wounds.

Kimchi, 31, a resident of Montgomery Country, was a doctoral student in the Department of Criminology and Criminal Justice at the University of Maryland. She is the daughter of Avi and Chava Kimchi and a sister to Itamar and Ofer Kimchi.

Kimchi was found on a Chicago sidewalk at about 4 p.m., bleeding from her neck. She was pronounced dead at Northwestern Memorial Hospital.

The site of the crime was was in a remote area of downtown near a homeless encampment. Police Supt. David Brown said they suspect the perpetrator was a homeless person who hid in the bushes before committing the grisly crime. It is unclear why Kimchi was in the area.

Chicago Mayor Lori Lightfoot said on Monday that Chicago police know who committed the stabbing and are “scouring the various homeless encampments downtown.”

“We know who he is. We’ve got a good film of him. We believe he’s a homeless individual,” Lightfoot said. “It’s awful. No question about it.”

“She was one of our best students, just about to embark on a professional career,” Gary Lafree, chairman of the university’s Criminology and Criminal Justice Department, told The Chicago Tribune.

“The University of Maryland grieves the loss of Anat Kimchi, a brilliant young scholar,” the university said in a statement. “We offer our condolences to her friends and family during this difficult time.”