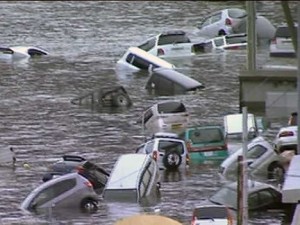 Typhoon Haiyan is feared to have killed more than 10,000 people in the Philippines. Here are the natural disasters in the last decade that had higher death tolls:

— March 11, 2011: A magnitude-9.0 earthquake off northeastern Japan causes a tsunami that sweeps onto the coast. About 19,000 people are killed and three nuclear reactors melt at the Fukushima Dai-ichi power plant.

— May 12, 2008: A 7.9 temblor in China’s Sichuan province kills 87,000 people. A disproportionate number of them were children killed when their shoddily built schools collapsed.

— May 2, 2008: The storm surge from Cyclone Nargis washes up densely populated areas around the Irrawaddy River delta in Myanmar, washing away whole farming villages. Around 138,000 people died.