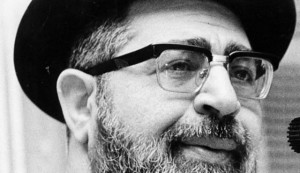 The much anticipated first volume on the life of Rav Ovadia Yosef zt”l has been released and is in bookstores throughout the country and around the globe.

“The Legacy of Maran Hacham Ovadia Yosef” (Israel Bookshop Publications)  – excerpts below – appears only a week after the shloshim, and contains the haskamah of the Sephardic Chief Rabbi of Israel Rabbi Yitzchak Yosef, which was penned only two days after the end of the shivah period!

This meticulously researched book contains only authentic, inspirational, true short stories of Rav Ovadia, from his youth until his recent passing. It focuses almost entirely on his greatness in Torah, and his unquenchable love for Torah which propelled him forward throughout his life, and enabled this Gadol Hador to emerge from a poor Iraqi immigrant boy.

“This is the perfect book for anyone, young or old, who wishes to grasp the essence of Hacham Ovadia Yosef, which was Torah, Torah and more Torah – together with a tremendous love for his fellow Jew.” So says the book’s co-author, R’ Yehuda Azoulay, founder of the Sephardic Legacy Series, The Institute for Preserving Sephardic Heritage. Written in captivating and easy-to-read style, with hundreds of photos, it will make a coveted Chanukah gift as well.

Rabbi Azoulay’s extensive full-length biography of Hacham Ovadia Yosef is due out in the months ahead.

EXCERPTS FROM THE LEGACY OF MARAN HACHAM OVADIA YOSEF:

Through Gunfire
One evening when he was about thirteen years old, there was heavy Arab shelling and Yerushalayim responded with a total blackout. The young Rabbi Ovadia had gone up earlier to Bet Yaakov, a synagogue above the Bet Yisrael shtieblach, holding a candle to light up the holy words. A few youths passing on the street below saw the light of the candle and worried that thieves were taking advantage of the darkness. The boys quickly alarmed the community rabbi, Rabbi Shimshon Aharon Polansky, known as the “Tepliker Gaon.” Rabbi Polansky hurried up to the synagogue and was stopped by an image of G-d. He saw a youth bent over his books, immersed obliviously in his learning. The rabbi approached him gently so he wouldn’t startle, touched his shoulder and said, “It’s a dangerous time now because of the gunfire. It is not time to learn.” He led him by hand to his parents’ home. His father and brothers were running through the streets searching worriedly for their missing brother. When they saw Rabbi Polansky with Ovadia, his father was angered and wanted to rebuke him to his face right then and there. Rabbi Polansky stopped the angry father and said, “Don’t touch him and don’t be angry at him, because he is going to be a giant in Israel.”

In the course of preparing one of the volumes of Rabenu’s responsa, Yehaveh Da’at, for publication, Rabbi Menashe Bakshi, who was in charge of overseeing the publication of all of Rabenu’s books, received a phone call from the printer, who informed him that the last page of the book had been lost, and he could not complete the job. Rabbi Bakshi suggested calling Rabenu to see what could be done about it. The printer, however, was too embarrassed to tell Rabenu that he had lost part of the manuscript on which he had worked so hard.

Rabbi Menashe called Rabenu and told him what had happened. Rabenu said, “No problem. Just tell me the last words on the previous page.” He told him that the last words they had were “misham be’er.” Rabenu said, “Okay. Tell the printer that I will stop by this evening to rewrite the missing page.”

That evening, Rabenu officiated at a wedding at the Apiryon Hall, and then traveled from there to the printer, where he sat and rewrote the last page from memory. The printer asked forgiveness from Rabenu, and Rabenu left. Two days later the printer called Rabbi Menashe Bakshi. “I found the missing page of the manuscript. Out of curiosity I compared the two versions. They were completely identical, word for word.”

A similar thing happened with his work, Taharat Habayit. One of the pages of the manuscript was lost. They looked for it and could not find it. When they told Rabenu what happened, Rabenu traveled to the printers, found a side room, and requested privacy. On the spot, he rewrote the missing page, including all of the references in it, by heart, from the memory born of a lifetime of diligence.

Do You Know What Two Minutes Are?

Rabbi Yitzhak Dayan, a prominent rosh kollel in Holon who was very close with Rabenu, once (Tishrei, 2008) spent Shabbat in the Har Nof neighborhood, and before the afternoon prayer on Shabbat, went to Rabenu’s house to watch him study. After a few minutes, Rabenu’s son, Rabbi Moshe, called, “Father, Minhah!” Rabenu, as usual, did not hear him, as he was immersed in his studies, so his son shook his father’s arm to notify him that it was time for prayers. Rabenu immediately stood, dressed, and began to go down to the synagogue.

At that point, one of the members of the household said to him, “It’s just two minutes. By the time the rabbi goes down, two minutes will pass.”