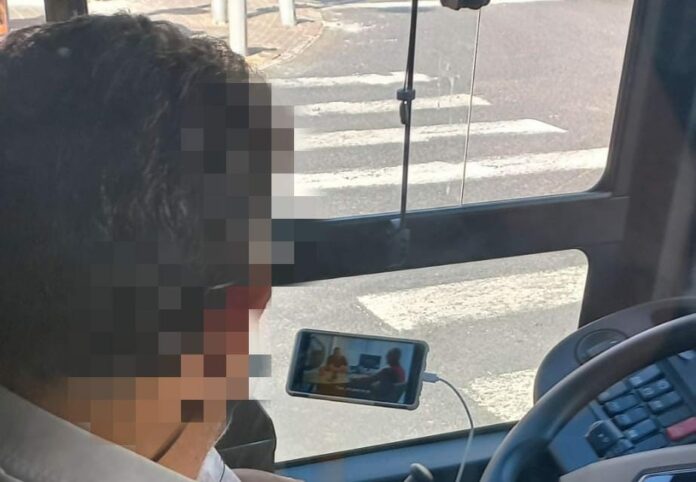 A passenger videoed a Dan bus driver watching a moving on his smartphone as he navigated the number 3 bus route through the congested streets of Bnei Brak, B’Chadrei Chareidim reported.

“I got on the bus and was astounded to see the driver watching a movie throughout the route without even trying to hide what he was doing,” the outraged passenger told B’Chadrei. “His disgraceful contempt for human life and his defiant attitude toward his passengers is simply outrageous.”

“Almost every day we’re witness to disasters caused by the use of cell phones while driving,” he continued. “It’s unacceptable for the lives of passengers to be hefker in the hands of irresponsible drivers.”

The Dan company responded to an inquiry from B’Chadrei, stating: “Thank you for your inquiry, which is extremely serious in our view. The driver has been identified and was immediately referred to the company’s safety officer.”