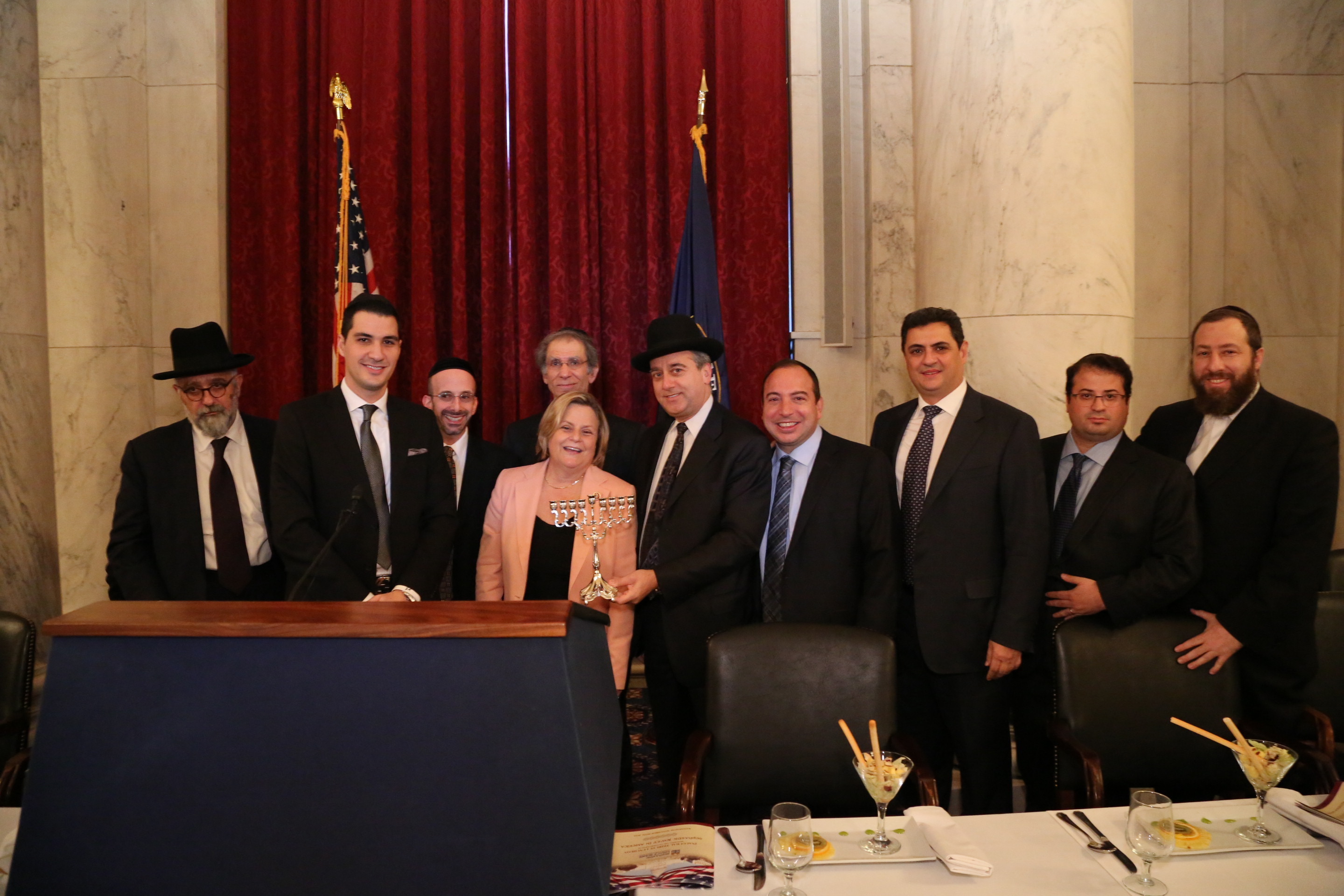 [VIDEO IN EXTENDED ARTICLE] On November 20, 2013, Congress celebrated over 360 years in of Sephardic Jewry in America paying tribute to the contributions of the Sephardic community to the United States and Jewish culture.

This historic event brought together Sephardic leaders by Yehuda Azoulay founder of the Sephardic Legacy Series an Institute for preserving Sephardic Heritage and was coordinated by The Friedlander Group.

SCROLL DOWN TO THE BOTTOM FOR PHOTOS

Yehuda Azoulay was the initiator for this momentous occasion bringing 25 cities, and over 30 Sephardic Organizations. All backgrounds of Sephardic Jews were in attendance from across the spectrum and it was united gathering for the first time in the US Capitol. As the young innovator concluded in his speech and stated; “the idea is to unite a Sephardic voice for the benefit and future of Sephardic Jewry.”

Yehuda Azoulay’s Sephardic institute aspires to become the future home of publications, networking, lecture series, articles, documentary films, and other programs for Sephardic communities around the world. To that end, it seeks to pool intellectual resources by building a network of accomplished Sephardic scholars and educators to produce a corpus of quality literature covering a spectrum of topics relevant to Sephardic Jewry.

The first Jews to arrive to the United States of America were Sephardim, Jews of Spanish and Portuguese descent, many of whom made their journey in order to escape forced conversion in their native lands around 1550.

By 1776 and the War of Independence, around 2,000 Jews lived in America, most of them Sephardic of Spanish and Portuguese origin. They played a significant role in the struggle for independence, including fighting the British (with Francis Salvador being the first Jew to die in the war), and playing a key role in financing the revolution, the most important of the financiers being Haym Solomon.

A veritable array of Members of Congress joined the participants to show a bi-partisan support of the legacy and contribution of Sephardic Jewry.

Senator Mike Lee of Utah applauded the Sephardic Jewish Community who contributed to the nation from the very onset of the Republic.

Honoree Jacob Abecassis highlighted that the Sephardic heritage is both singularly unique and worthy of it preservation, a legacy that does not only belong to the history books or museums, but it is a legacy that is very much alive and thriving.

Representative Ileana Ros-Lehtinen of Florida quoted Emma Lazarus, whose famous poem “The New Colossus” can be seen today on a bronze plaque of the pedestal of the Statue of Liberty. “Give me your tired, your poor, Your huddled masses yearning to breathe free”.

Honoree Rabbi Elie Abadie also referred to Emma Lazarus a Sephardic Jewess, whose life and contributions was highlighted at the Luncheon.

Honoree Daniel Harari praised America where we have rights to assemble, rights to own property, rights to fight for the country.

Senator Ted Cruz of Texas compared his family’s experience to that of the Sephardic community, how his family faced oppression in Cuba and how they achieved freedom in America.

Congresswoman Michele Bachmann of Minnesota praised the ideals to be privileged to have a voice to stand up for Israel.

Senator Cruz, Senator Deb Fischer of Nebraska and many others spoke about the need to strengthen the sanctions on Iraq.

Congresswoman Grace Meng of New York underlined that coming to a new world is not easy, that the early Sephardic Jewish immigrants paved the way the tolerant, open and pluralistic society we all cherish.

Congressman Louie Gohmert of Texas focused on the unique friendship of the US and Israel.

Senator Chuck Schumer of New York spoke emotional about his personal connection to the Sephardic Community and reiterated his family’s experience arriving to the shore of Ellis Island.

Representative Frank Pallone of New Jersey, whose district includes Deal, praised the Sephardic community for its role in the development of the Deal economy. Congressman Bill Cassidy of Louisiana also participated.

Maurice Shohet, President of the World Organization of the Jews from Iraq stressed the importance of saving the Iraqi Jewish Archives.

Honoree Raymond Saka, co-founder of “The Saka Edition Yalkut Yosef” laid out the plans to publish 34 books in the next 15 years to spread the teachings of Hacham Ovadia Yosef.

Rabbi Joshua Maroof spoke about the desire to be open and praised the universalistic attitude of the Sephardic Jewry who looks for things that we share. 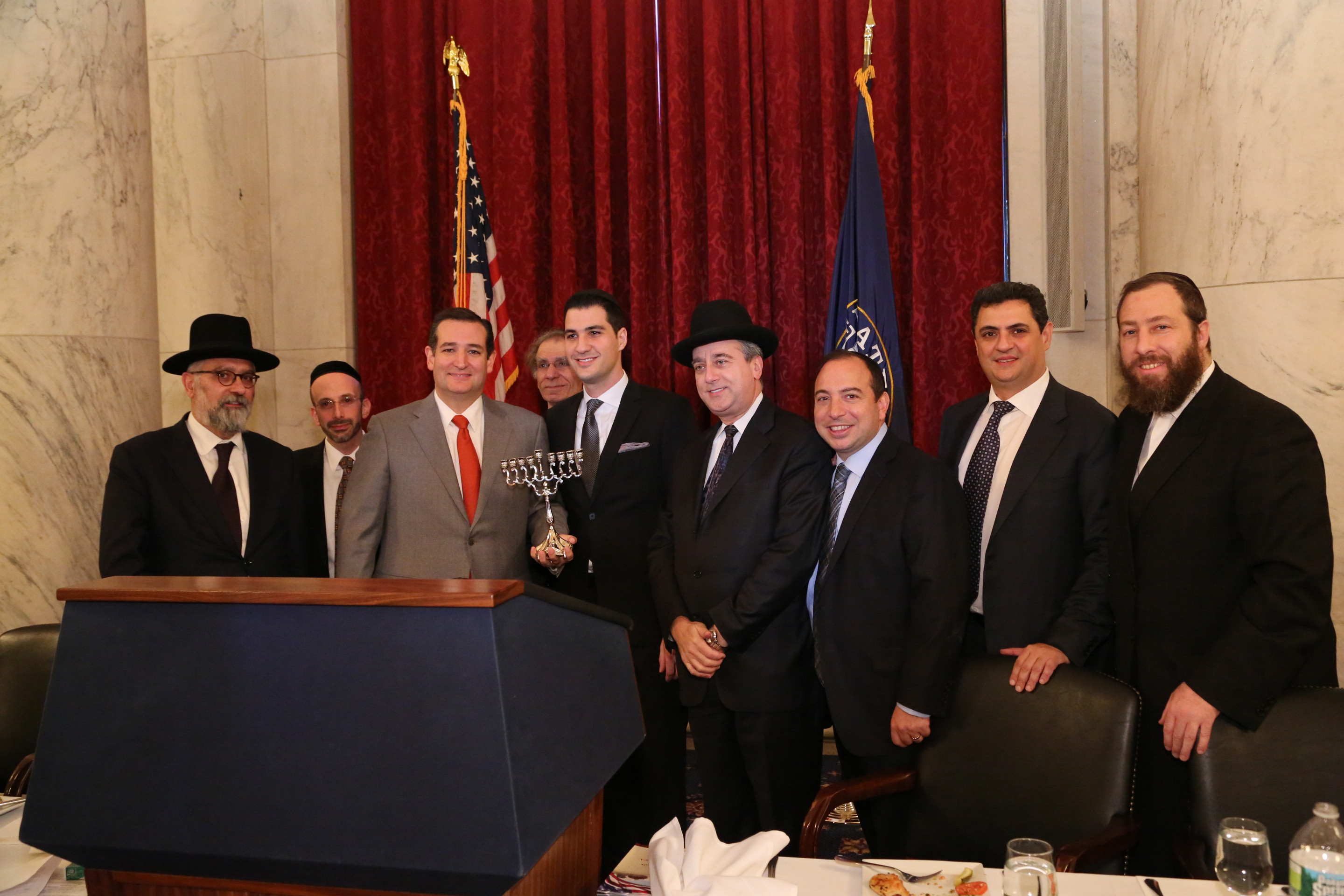 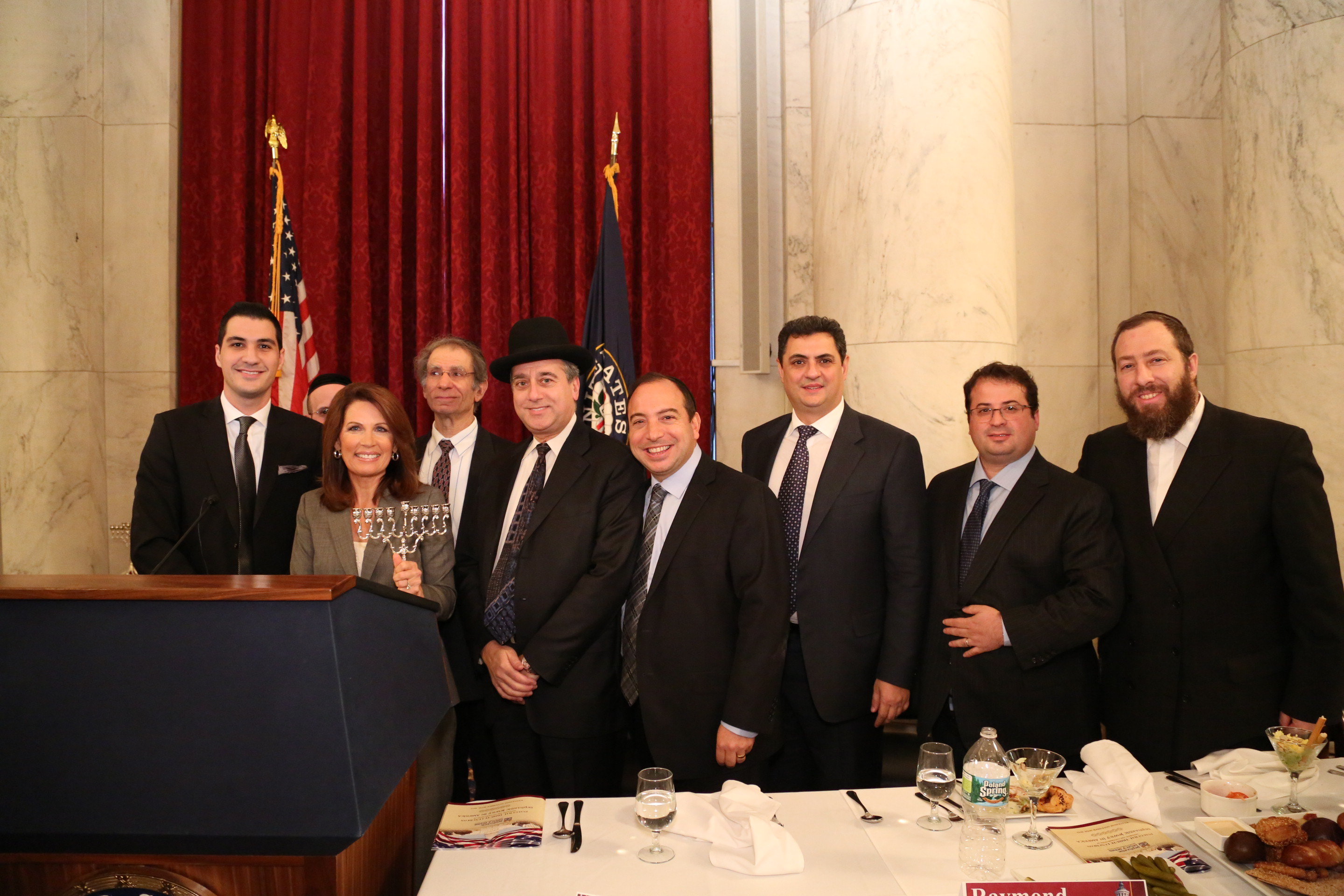 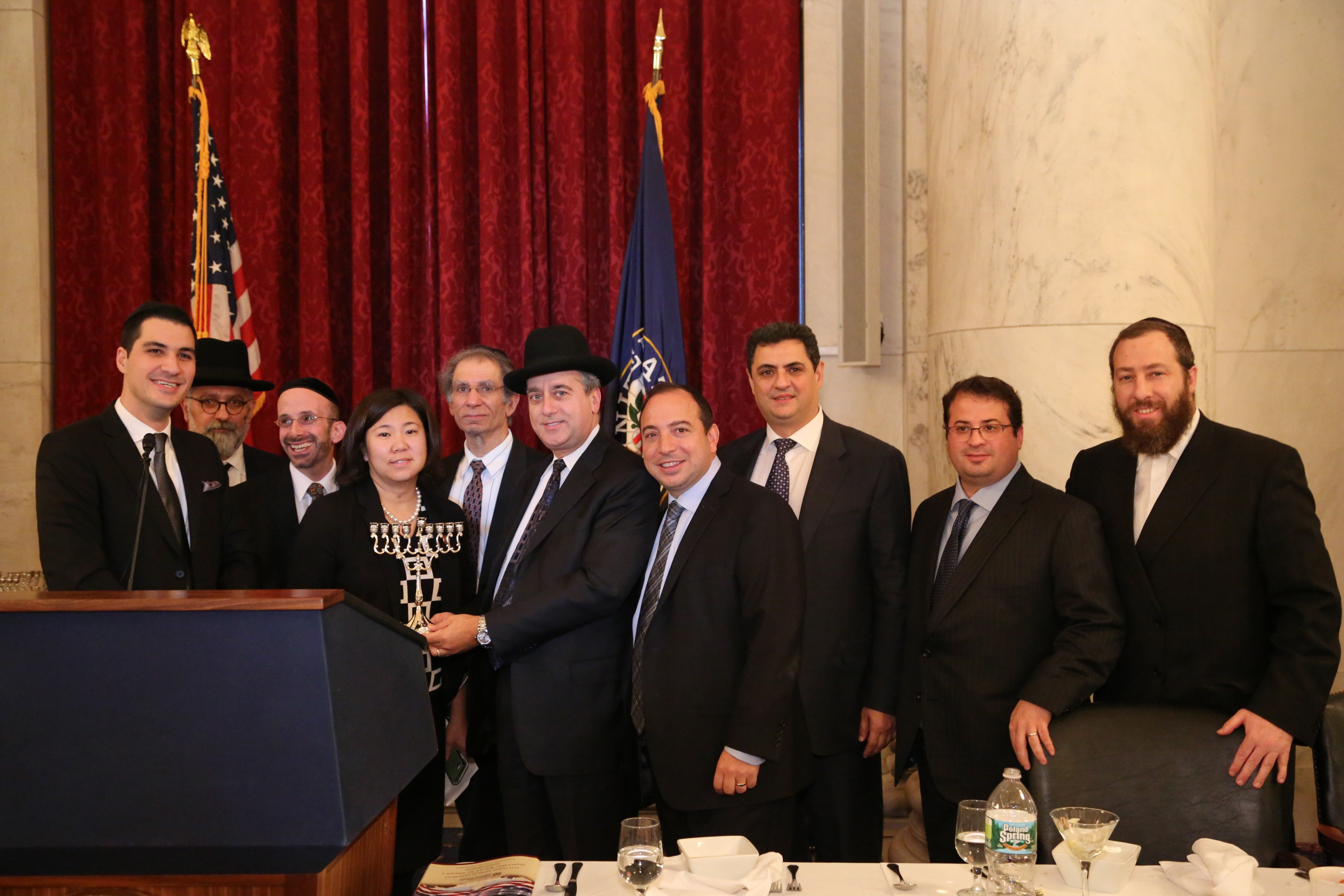 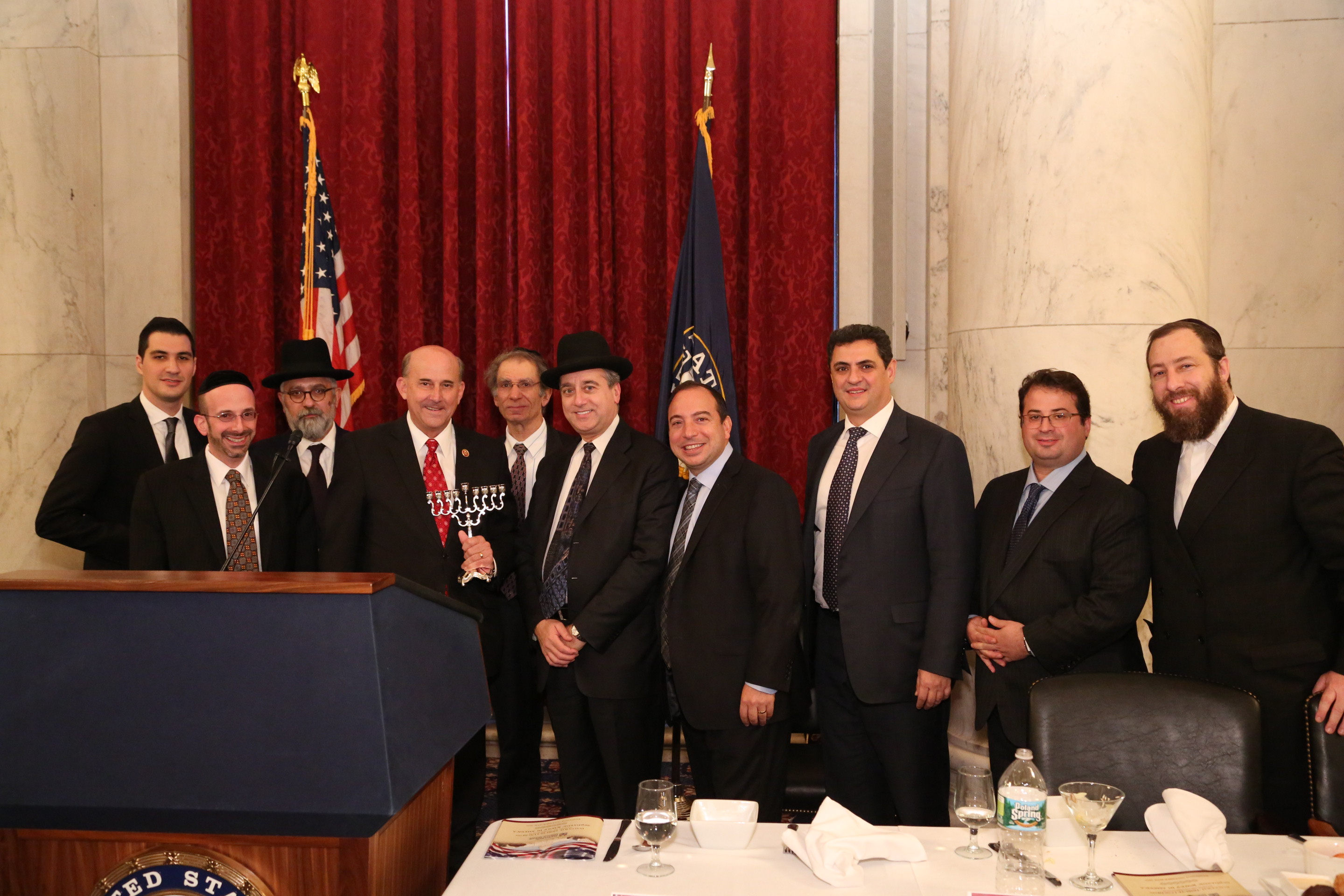 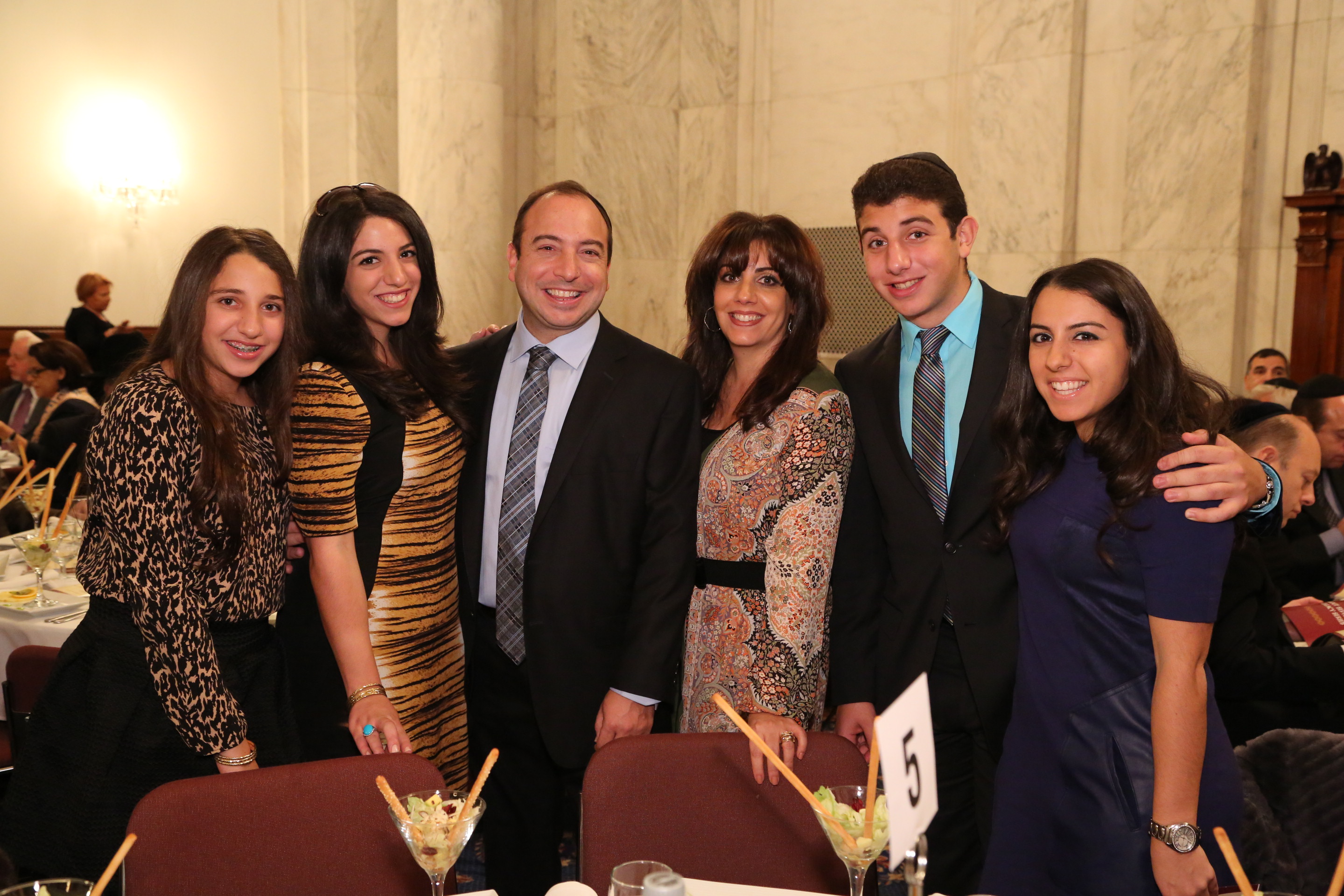 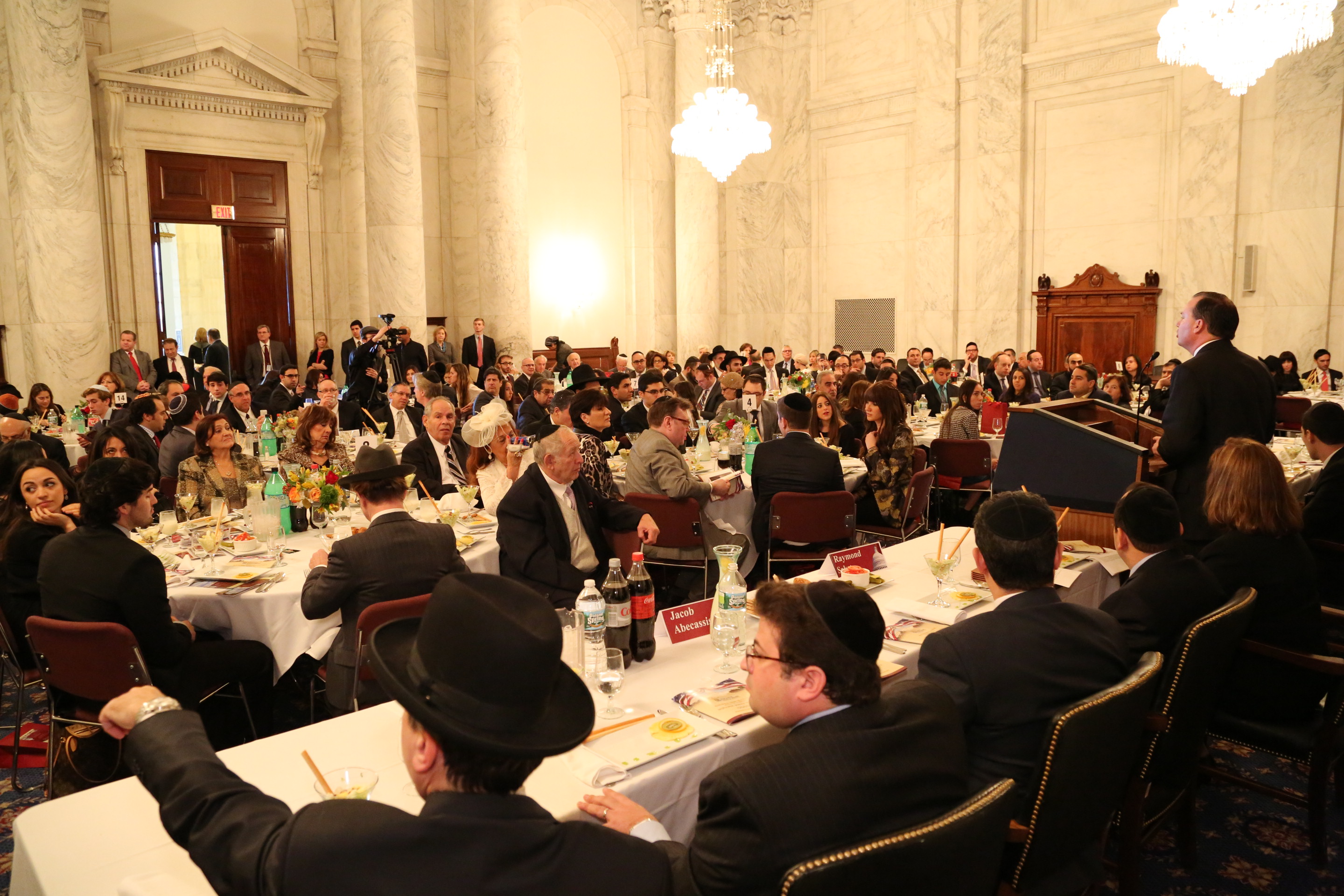 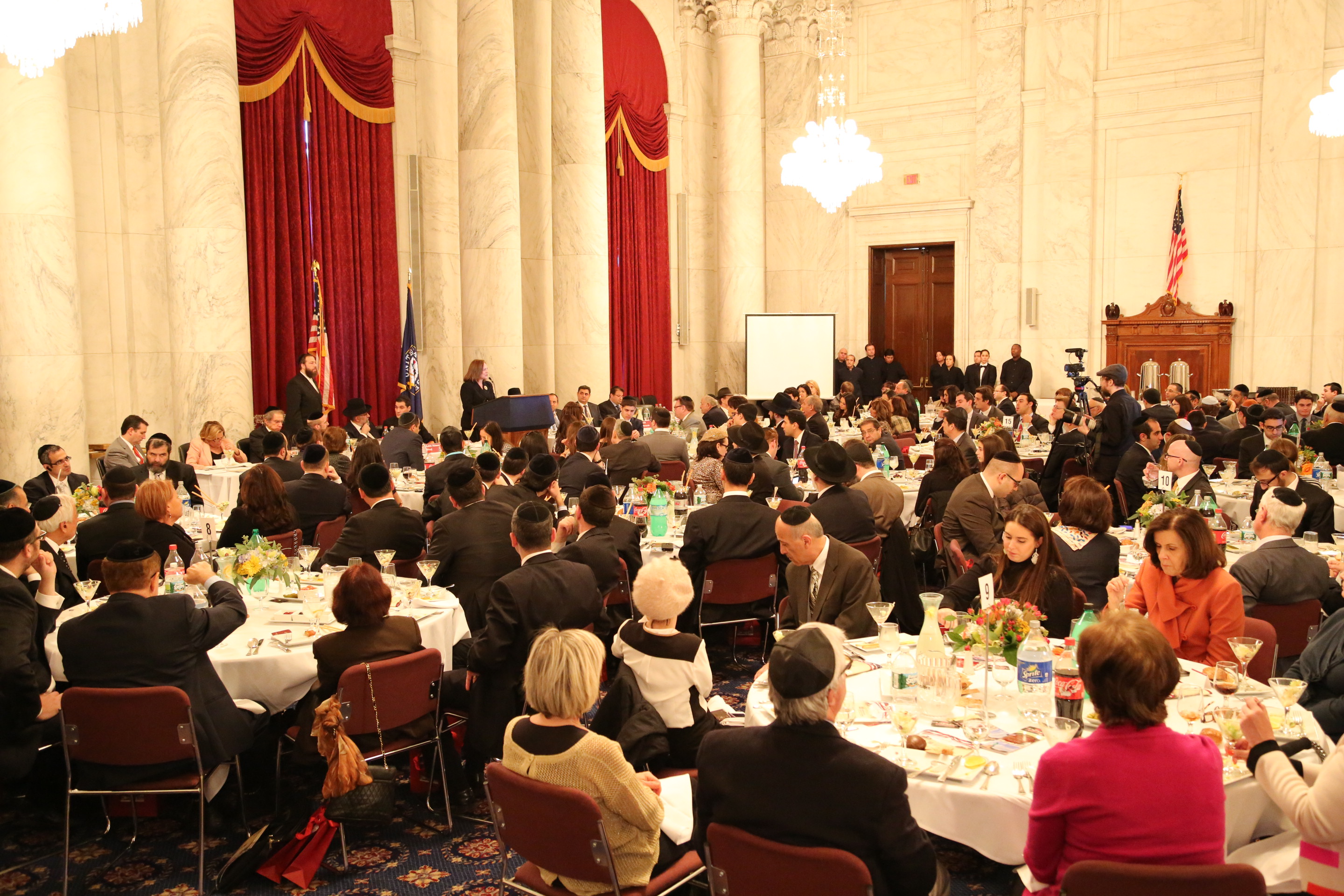 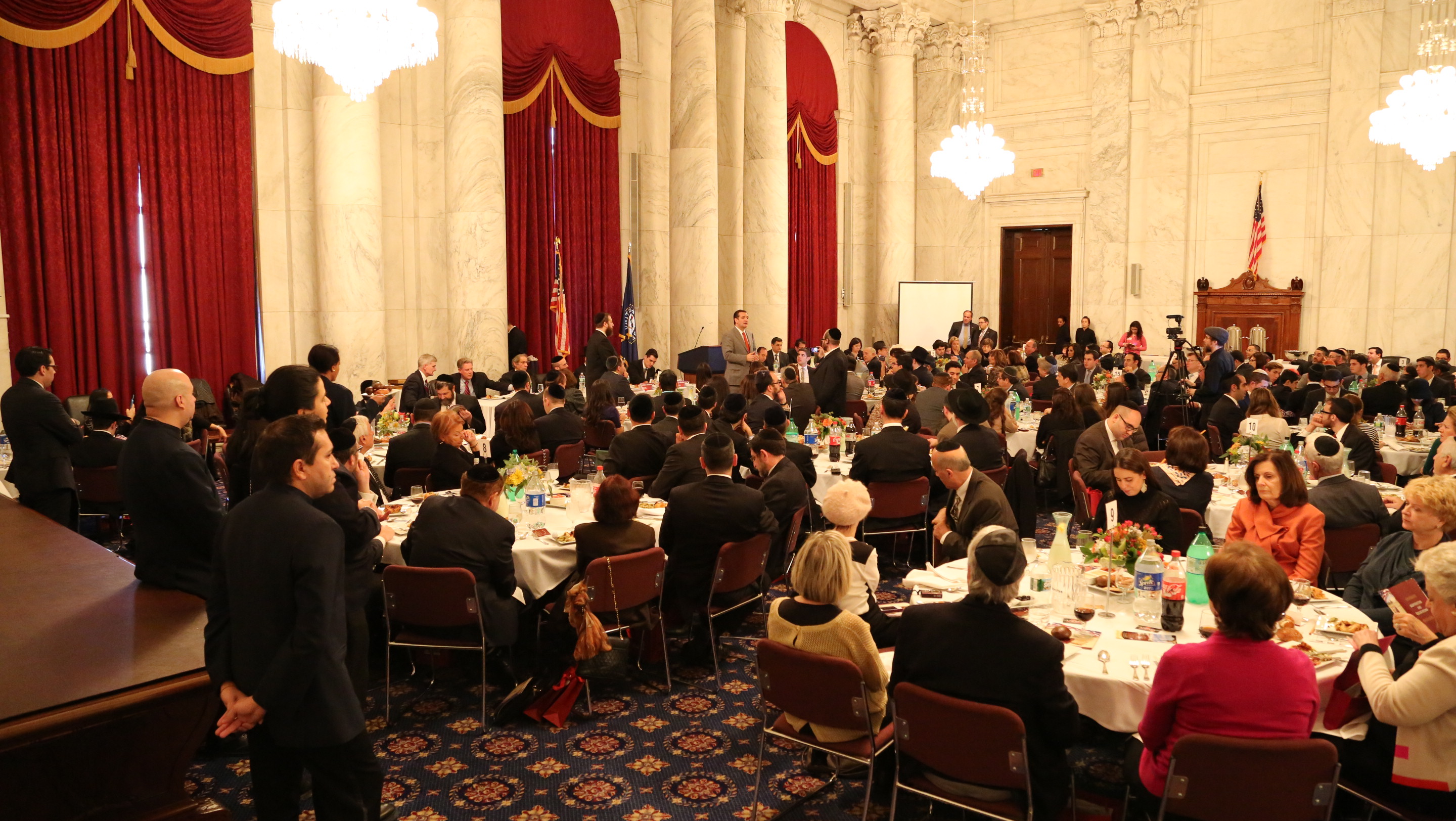 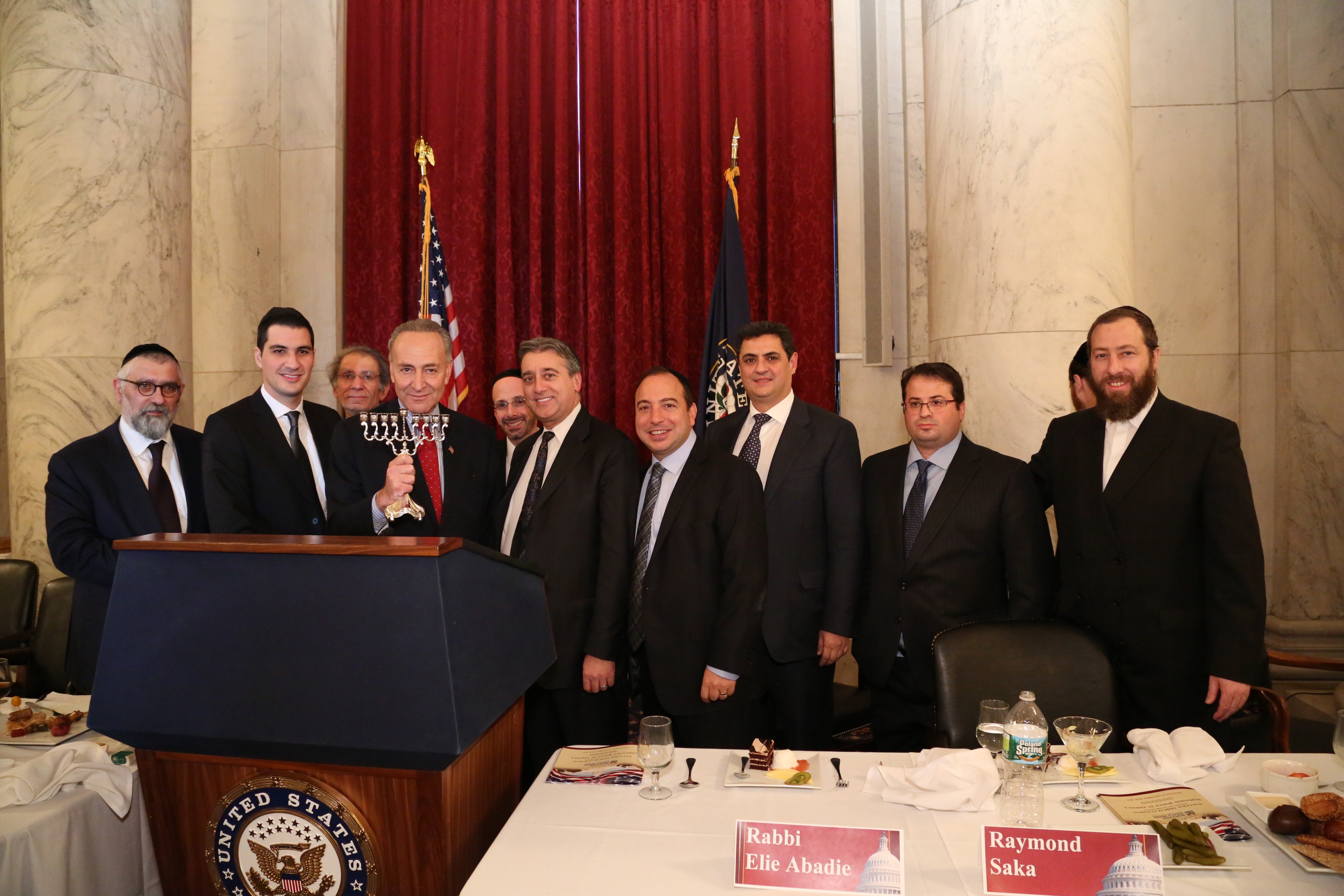 As Yehuda Azoulay in conclusion of the event emphasized the message to all the guests; “Join the Revolution and unite as one”, to preserve Sephardic heritage and thanked Members of Congress for carving out time from their busy schedule to celebrate together.