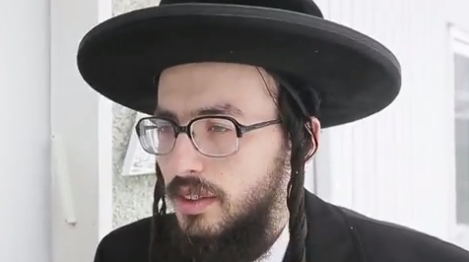 A Quebec Court judge has ordered the removal of 14 children aged 2 months to 16 years from the ultra-Orthodox sect Lev Tahor, to be placed in foster homes.

Judge Pierre Hamel issued the ruling Wednesday night, ordering the children be removed from the community and placed in foster homes immediately, for at least 30 days. He ordered members of the Lev Tahor community to refrain from contacting the children in any way, except for their parents, whose contact will be supervised by youth protection officials. Among the children ordered removed are a 16-year-old girl and her 2-month-old baby.

Each child will be given a full examination by a doctor, and their psychological needs will be assessed. Youth protection officials have alleged extreme neglect and malnutrition, as well as isolation, and a refusal by sect members to adhere to the Quebec curriculum. They claim the children, who are home schooled, are unable to do basic math, and don’t understand English or French.
The group came to Canada in 2005 when its leader, Israeli-born rabbi Sholmo Elbarnes, was granted refugee status. He claimed he would be persecuted in Israel for his anti-Zionist stance. Elbarnes had earlier served a two-year sentence in the United States for kidnapping a child.

Rosner says authorities are now targeting the group because of its anti-Israeli stance, conservative treatment of girls and women, and arranged marriages of teenagers as young as 16. The group moved to Ontario, Rosner says, to practice its religion freely.

“The nature of this community is to go back to the old traditions,” he said. “Freedom of religion is important to us. This is something that in Ontario that is much more respected.”