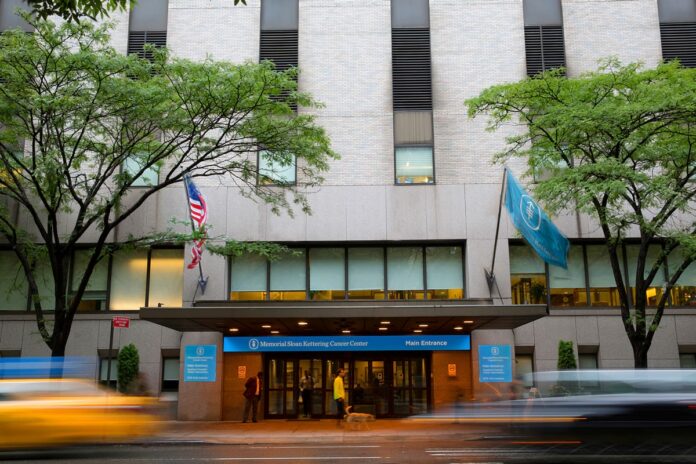 There is a new “Haskallah Movement” that currently exists which is devastating a number of our Yeshivos.  In order to elaborate on this, let’s first picture the true story of a wonderful Bais Yaakov girl in her twelfth-grade year in high school.

We shall call her, “Shaina.”

Shaina is a wonderful student.  She involves herself in numerous acts of chessed.  She has like-minded good friends. She loves her Torah classes. She does well in Limudei Chol. Shaina often attends inspiring shiurim around the neighborhood and shares the inspiration with her family and friends.

Shaina has a life.

Shaina applies and is accepted to a wonderful seminary in Eretz Yisroel. Little does she realize, however,  that, not too far away, there is a Yeshiva with a “Haskallah-like” element that will help ruin Shaina’s life forever.

Let’s fast forward a few years. We see Shaina, our former Bais Yaakov girl, crying. She is carefully taking care of her soon-to-be deceased husband, “Chaim.”  Chaim is lying in the ICU section of Memorial Sloan Kettering Hospital in Manhattan.

Her two kids are at home, with a baby-sitter. This time it is a baby-sitter – instead of their grandmother. The grandmother is too fatigued from watching them this past two weeks.

At the Levaya, the Rabbanim speak about how wonderful her husband Chaim was.  It is all true. Chaim was a masmid.  He had good midos.  They do not mention that there was a policy in place at Chaim’s Yeshiva high school that helped contribute to Chaim’s death.

It is now a few years after the funeral.

Shaina needs to work hard to provide the bare essentials. Yes, she receives assistance from the community, but things could have been different. Our once vivacious and vibrant Shaina is now no longer vivacious nor vibrant. The toll of the past few years has left its mark.

Shaina’s life was changed by the new “Haskallah Movement” that the Roshei Yeshiva were unable to stop.

WHAT WAS THE NEW HASKALLAH MOVEMENT?

What was this “Haskallah-like”  element with such far-reaching repercussions for Shaina?

Let us first realize that Chaim, who attended the Yeshiva, looked up to older bochurim in the Beis Midrash.

And the Yeshiva was powerless to eradicate this terrible influence.  It was “cool” to smoke, as bochurim in the Beis Midrash did it too.  The role models smoked.  That was the “Haskallah Movement” that helped contribute to both Chaim’s untimely death and Shaina’s current situation.

It is time for us to help the Yeshivos do something to to stop the madness.  It is time to no longer tolerate smoking among the “older bochurim” as well.

What is sad is that smoking is the largest preventable cause of mortality in the United States. It is also not bashert. Smoking is halachically considered a makom sakanah and one needs a lot of zchusim to remain healthy when one chooses to follow the appeal of smoking. Sixty percent of heart diseases are caused by smoking.  Ninety percent of lung cancers, rachmana litzlon, are caused by smoking.

A number of years ago, Reb Dovid Feinstein zatzal paskened that were his father alive today he would clearly have state that it is completely and entirely forbidden  to smoke from a halachic perspective.  Rav Elyashiv zt”l  ruled that there is now an addition prohibition of havara to smoke on Yom Tov because it is no longer halachically considered “ochel nefesh” – universal consumption.  The Gedolim of Eretz Yisroel forbade the practice – it was not just Reb Dovid Feinstein zt”l.  We would not tolerate the old Haskallah in our Beis Midrash bochurim – why are we tolerating this new one?

Notwithstanding all we hear about the deleterious effects of smoking, Yeshiva kids are smoking. The fact that high school kids are doing so is very disturbing since aside from the effects on the lung and heart, smoking actually reduces the rate of lung growth in teens. This ends up causing a number of other abnormalities.

Why are kids smoking?

There seem to be five factors:

In terms of the social influence factor, we must keep in mind one thing.  The most influential factor in why a kid begins to smoke is because his friends do it.  The experts say that if your friends smoke, you are twice as likely to start smoking by the next year.

The second factor is character strength.  It requires strength of character to avoid this influence.  And no matter how strong our kids feel they are, many just don’t have the strength of character to resist the peer pressure. There are also personality characteristics that make for a greater likelihood to smoke. If a child is a risk-taker or thrill-seeker he may be more likely to start smoking. Rebelliousness and poor school performance are also strong factors.

The third factor is the role model – if a parents, Rebbe, teacher, or other role model smokes. When parents smoke, the accessibility of tobacco is much easier. Sometimes it is merely an older person (four to ten years older than our children) who is modeling the behavior, such as a Beis Midrash bochur.

Often the accessibility issue is coming from the role model. Someone out there is giving our children cigarettes. Their rationale is, “Look, the kid will get it anyway, so I am just making it easier.” This enabler is wrong.

If parents do not have an authoritative style, it is more likely that their child will smoke.  The problem is that when children are away all day or in a dormitory, it is very hard to monitor these things.

HOW STRONG THE MESSAGE IS

The final factor is whether or not there is a strong anti-smoking message in both the home and in the Yeshiva. Let’s look at some of the data:

According to the Monitoring of the Future Survey conducted a number of years ago:

Some experts feel that the reason is because black parents tend to be able to communicate their strong anti-smoking sentiments to their kids more effectively than white parents do. Clearly, we should tone up our anti-smoking message.  When a Yeshiva allows bochurim in the Beis Midrash to smoke – this entirely undermines the anti-smoking message.

WHAT CAN BE DONE?

So what can we do about it?

We must, of course, realize that there is something called Bechira – everyone has the freedom of choice ultimately to do as they want. We as parents and mechanchim can only do two things:

Concerned parents need to help effectuate this change.  We need to unite and effectuate the change.  One suggestion might be that any Beis Midrash bochur (and high school student) that smokes should be penalized with a $500 fine.  The fine or k’nas should, of course, be paid by the bochur – not the parent.  And it could be paid to the Yeshiva too.

Another change might be to help get the message out that Smoking = Haskallah.  Each movement has contributed to tje decimation of Klal Yisroel.

Perhaps this fine and the message should also be accompanied with a visit to a cancer ward and some Bikkur Cholim to be done.  The visit to a cancer ward would not be “bitul Torah.”  Research has shown that regularly smoking cigarettes on average takes some 11 to 13 years off a person’s life.  Imagine how much Torah could be learned during those years.

The fact that role models are engaging in a behavior that, on average, takes off 11 to 13 years of life is horrifying.  It is something that should not be brushed aside.  This is an issue where the Yeshivos and the parent body should work together in order to implement a permanent stop to the madness.