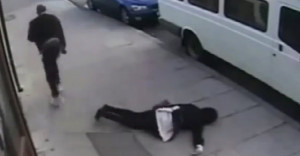 Incoming Crown Heights Councilwomen drew some racial controversy Tuesday as she pointed to a possible reason to the latest increased attacks against Jews in Crown Heights as “resentment” against “the accomplishments of the Jewish community.”

There’s ” a great deal of confusion about why this epidemic [of knockout game attacks] had begun in the first place, and whether or not it should be viewed as a series of hate crimes. My comments regarding my thoughts on the origin of the “Knock Out Game” came from a place of wanting to get to the heart of the matter, as uncomfortable as that might be for many,” Laurie Cumbo, New York City Council member-elect, representing the 35th District which covers Crown Heights, wrote in a statement Tuesday. “it was brought to my attention by many of the African American/Caribbean residents that perhaps the relationship between the two communities is not as great as it is currently perceived to be by the leadership. Many African American/Caribbean residents expressed a genuine concern that as the Jewish community continues to grow, they would be pushed out by their Jewish landlords or by Jewish families looking to purchase homes. I relayed these sentiments at the forum not as an insult to the Jewish community, but rather to offer possible insight as to how young African American/Caribbean teens could conceivably commit a “hate crime” against a community that they know very little about.”

“I also recognize that for others, the accomplishments of the Jewish community triggers feelings of resentment, and a sense that Jewish success is not also their success,” Ms. Cumbo stated as a possible reason for the latest Hate crimes against Jews in Crown Heights.

Councilwoman Cumbo also seemed to suggest that the recent reporting and coverage of the event in the Jewish Media has invoked racial discomfort between the Jewish community and the black community in Brooklyn.

“I am concerned that the media attention around the “Knock Out Game” is divisive and will erode the real progress that has been made over decades,” she wrote in the lengthy statement.

While promising to work with City officials to fight any sort of crime against any individual, Ms. Cumbo did offer a partial explanation about the nature of the attacks, not only as a game but as a severe wound within her community that results in these kind of attacks. “As an African American woman, this is challenging, because I recognize that it is Black children and not Jewish children that are playing the “Knock Out Game.” Why is this? In many ways governmental neglect, outside uncontrolled influences and failed leadership have led to the breakdown that so many young people of color are currently facing. I feel torn because I feel apart of the very system that has caused the destructive path that so many young people have decided to take while I am simultaneously demanding that they be arrested by that same system,” she asserted.

In a recent interview on National TV, Brooklyn Assemblyman Dov Hikind also brought up the racial aspect, although he didn’t state it as racial-related.

“It so happens that literally almost every single victim in New York has been Jewish and almost every single perpetrator has been black,” Mr. Hikind told Greta on Fox News, Monday evening. “It’s not my job to say is it racial or not. At this point, it hardly matters. The point is, this is a phenomena that is so sick and so beyond the pale, this kind of behavior, attacking innocent people.”