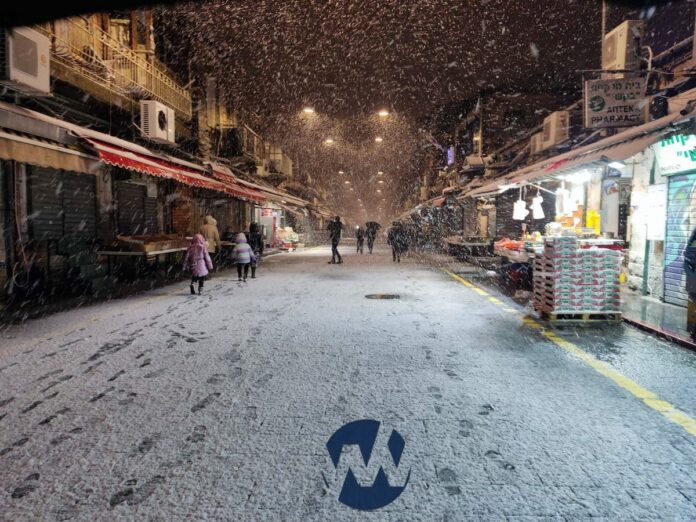 As predicted, snow began to fall in Jerusalem on Wednesday evening, part of the “Elpis” storm, which began on Wednesday in Northern Israel.

Police closed Route 1 in both directions (Jerusalem to Tel Aviv) due to dangerous road conditions.

Some forecasts have said Jerusalem may get 8 inches of snow.

School has been cancelled for Thursday.

The snow is expected to stop early Thursday morning.