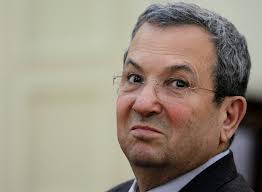 Secret documents reveal that over 1,000 targets of US and British surveillance over recent years include Israeli leaders.

Britain’s Government Communications Headquarters (GCHQ), working closely with the US National Security Agency (NSA), monitored the communications of senior European Union officials, foreign leaders including African heads of state and sometimes their family members, directors of United Nations and other relief programs, and officials overseeing oil and finance ministries, according to the various documents.

The documents were leaked by former NSA contractor Edward Snowden. More than 1,000 targets, which also include people suspected of being terrorists or militants, are in the reports.

The reports show that spies monitored the e-mail traffic of several Israeli officials, including one target identified as “Israeli prime minister”, followed by an e-mail address. This refers to former PM Ehud Olmert. Also victimized by US spying was then Defense Minister Ehud Barak, leading to President Barak Obama releasing a statement that “Perhaps we should not do everything we can do”, but the current US leader fell far short of any kind of apology. A White House spokesman stated “As a matter of general policy, we have made clear that the United States collects intelligence information similar to the information collected by all other countries.”

However in Israel, the news carries a special message regarding America doing what it must to advance its own agenda. The report of the spying is especially poignant for activists working to obtain the release of Jonathan Pollard, who continues serving a life sentenced for passing classified documents to Israel.

Interestingly, Prime Minister Binyamin Netanyahu is reportedly a skeptic, one who always believes someone is trying to listen in and as a result, he uses gestures and codes frequently when discussing sensitive matters, at home and in his office. It is reported the Mr. Netanyahu does not have a computer in his office and he uses email with the premise that are not trustworthy to communicate regarding sensitive and confidential matters.

The Channel 10 News report clearly states that the prime minister is well aware of today’s 21st century surveillance technology and this constant awareness is exhibited in his mannerisms when dealing with confidential matters.