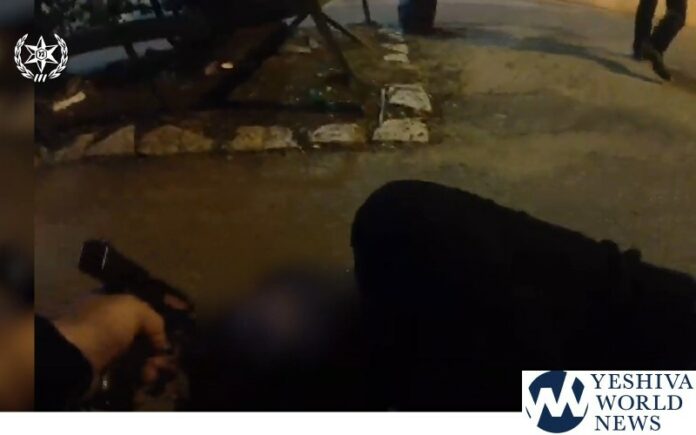 Israeli police have released footage showing the moment two police officers took on the terrorist in Bnei Brak on Tuesday.

In the video, two officers speed towards the scene of the ongoing shooting on a motorcycle. As they near the terrorist, the Arab shot towards them, hitting and killing the police officer driving the motorcycle, identified as Amir Khoury. He sadly succumbed to his injuries.

The second officer, who was only identified as Sgt. 1st Class “R.” returned fire, shooting the terrorist dead in a hail of bullets.