In his letter, which is not dated, published by Kikar Shabbos, R’ Feinhandler quotes the gadol hador saying that anyone with an iPhone or similar device with open internet access is pasul to serve as a witness in keddushin and divorce. If such a person was a witness, then the keddushin or get must be done again, even b’dieved.

The letter continues to pasul persons responsible for certifying mikvaos for women, adding that in cities like Yerushalayim, many if most employees of the local religious councils carry a smartphone, so this is quite problematic for the gadol hador is quoted disqualifying such a mikve for women. The same holds true for many employees of Chief Rabbinate of Israel Batei Din around the country, as well as chareidi batei din. 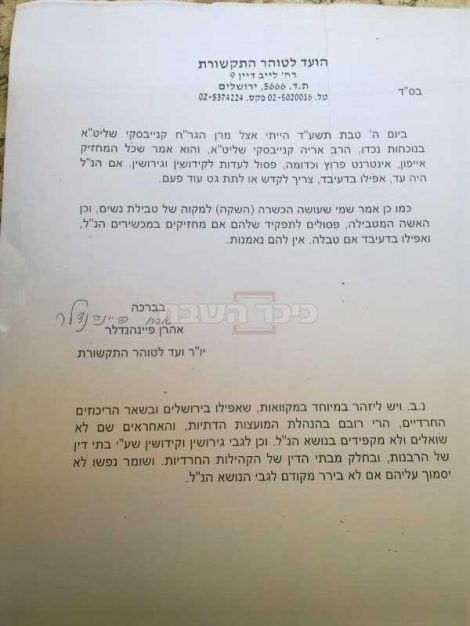