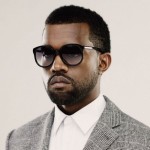 Rapper Kanye West told a Chicago radio station last week that he wants to take back the “ignorant compliment” he made about Jews last month during an interview on the New York City radio station WWPR-FM. West said, “Black people don’t have the same level of connections as Jewish people,” claiming his words have been misunderstood.

“I don’t know how being told you have money is like an insult… I thought by saying everybody had money that would be a compliment. It was an ignorant compliment. Maybe I would like to take that statement away,” he added.