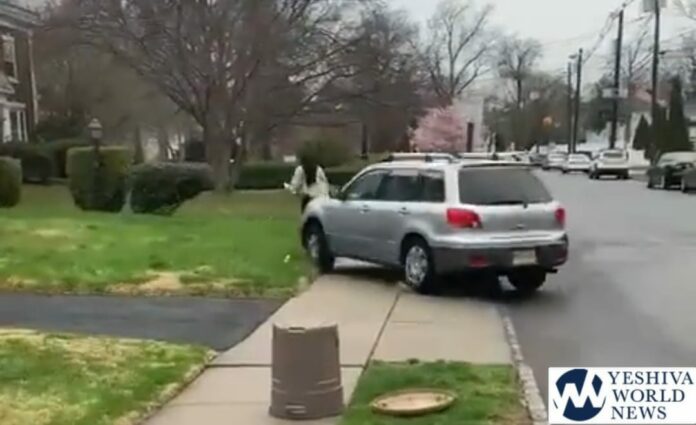 A madman has been charged with attempted murder after he purposely chased down a Jwoman and ran her over multiple times with his vehicle in Elizabeth, New Jersey, on Tuesday.

Shocking video from the incident, which was recorded by bystanders, shows the woman running from the man driving the vehicle driving onto a lawn and running her over. He then backs up the vehicle and runs her over a second time.

The appalling display of murderous rage took place at the intersection of Salem and Aberdeen, in the heart of the frum community and just a block away from the Jewish girls school.

The woman was rushed to the hospital with severe injuries, and is currently listed in critical but stable condition.

The motive of the maniac behind the wheel remains unclear, as are the circumstances that led up to the incident.