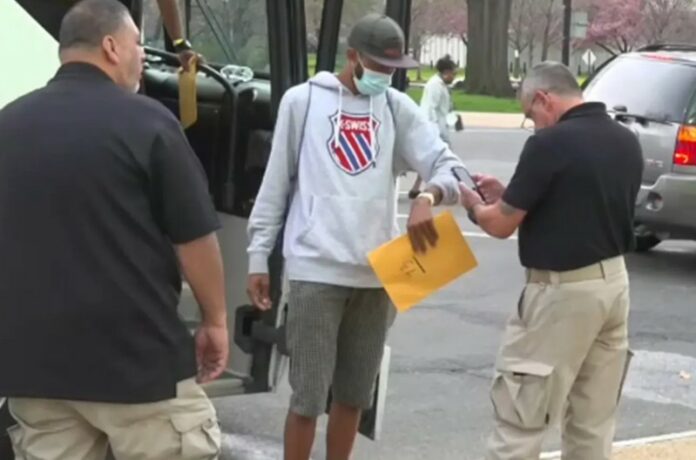 Lawmakers in Washington, D.C., found what was an unwelcome sight on Wednesday morning: dozens of new illegal immigrants lining the streets of the nation’s capital.

A bus from Texas carrying the migrants reached Washington early Wednesday morning as part of Governor Greg Abbott’s plan to counter lax federal immigration policies by shipping them to the capital.

The bus stopped just blocks away from the U.S. Capitol building at around 8 a.m. on Wednesday morning, packed with migrants who illegally entered the U.S. from Colombia, Cuba, Nicaragua, and Venezuela.

Abbott’s plan is already apparently working to some extent, with reports that communities who reached out to the governor for support saying that the federal government has stopped dropping immigrants in their town.

“Texans demand and deserve an aggressive, comprehensive strategy to secure our border – not President Biden’s lackluster leadership,” Abbott said in a statement. “As the federal government continues to roll back commonsense policies that once kept our communities safe, our local law enforcement has stepped up to protect Texans from dangerous criminals, deadly drugs, and illegal contraband flooding into the Lone Star State.”