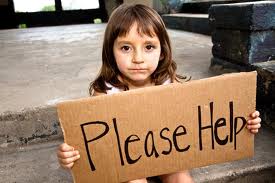 The CEO of the Israel Chief Welfare Council Dr. Yitzchak Kadmon released some very troublesome statistics regarding poverty among the children of Israel. Dr. Kadmon presented President Shimon Peres with the annually statistical journal “Children in Israel 2013” which provides a realistic look at the condition of children in Israel from the perspectives of income, crime, health, education and special needs to name a few.

The president stated that the troublesome report “should cause us to lose sleep” due to the distressing reality regarding the nation’s children. The president spoke of the enormous potential that exists, which is being wasted.

Some of the alarming facts contained in the report include;

· Every third Israeli child is poor

· Every third Israeli citizen is a child.

· Every second child in Israel is on the verge of poverty