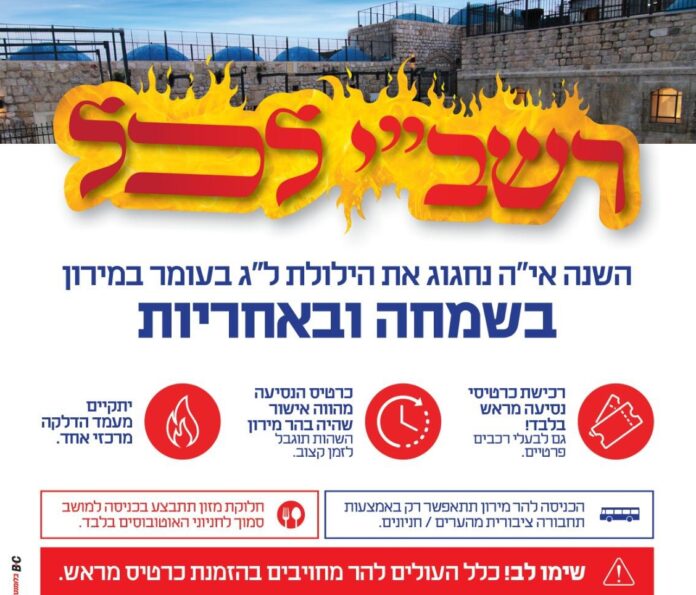 All the tickets for Meron on Lag B’Omer have been sold, Meron project manager Tzvi Tessler told Kikar H’Shabbat in an interview on Wednesday.

The only tickets left are for the less desired hours, such as for Friday, the day after Lag B’Omer.

“In the wake of last year’s disaster, the biggest civil disaster in Israeli history in which 45 people lost their lives, one of the main conclusions was that the kehal will be limited, contrary to previous years,” Tessler said. “Anyone with any intelligence understands that not everyone who wants to can come.”

On Tuesday, the Knesset’s Public Security Committee approved the new regulations for Lag B’Omer at Meron.

The regulations call for a three-month jail sentence and an administrative fine for anyone who violates the regulations, including those who arrive at Meron without a ticket or who fail to leave after four hours and anyone who operates an event at the site without the required permits.

The regulations apply over three days, Wednesday, Erev Lag B’Omer, Thursday, they day of Lag B’Omer, and Friday, the day after Lag B’Omer.