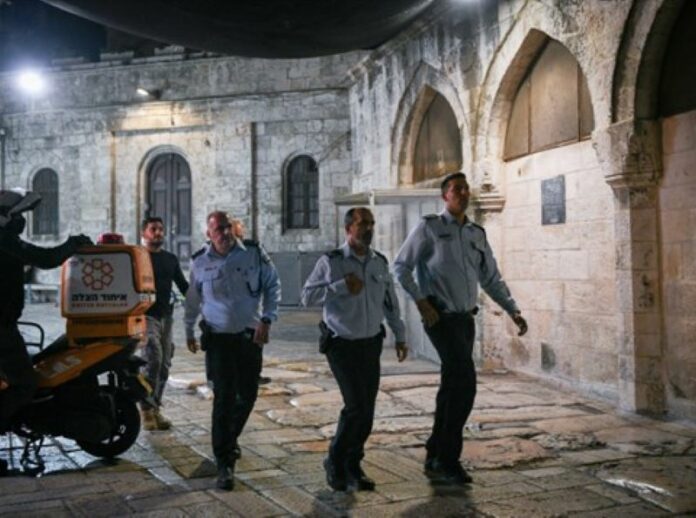 An Arab terrorist attempted to stab Border Police officers at the entrance to Har HaBayis in the Old City of Jerusalem on Wednesday evening.

The Arab, armed with a knife, ran toward the officers while yelling “Allahu Akbar.” The officers ordered him to halt, and when he ignored them, they opened fire and neutralized him.

Fortunately, no Israeli security forces were harmed in the incident.

A large number of security forces arrived at the scene following the incident, as seen in the videos below:

Border Police officers are carrying out searches of the area for suspected additional terrorists. They also closed off the gates of the Old City.

This was the second terror attack in the Old City of Jerusalem this week, with the first one taking place on Sunday, during which a Border Police officer was stabbed in the neck.