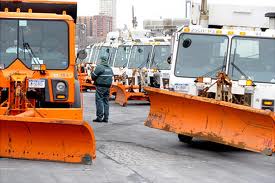 In a conference call Wednesday, Cuomo told reporters a storm system approaching from the west could drop a foot of snow on upstate New York — while a coastal storm may bring heavy snow to New York City and blizzard conditions to Long Island.

Cuomo said “mass transportation is a prudent option, given that highways may be closed.”