Under fire from leftists for expressing his wish to bring freedom of speech back to Twitter, mega-billionaire Elon Musk now says that he will be voting Republican in the next election, though he doesn’t consider himself a Republican or Democrat.

“I might never have voted for a Republican, just to be clear. “Now this election, I will,” Musk said in an interview with the All-In podcast.

“This is not some right-wing take over,” he continued. [It’s] a moderate take over and an attempt to ensure that people of all political beliefs feel welcome on a digital town square and they can express their beliefs without fear of being banned or shadow banned.”

Musk followed his comments up with a tweet saying that he voted Democrat in the past, but won’t do so again because they’ve become the “party of hate and division.” 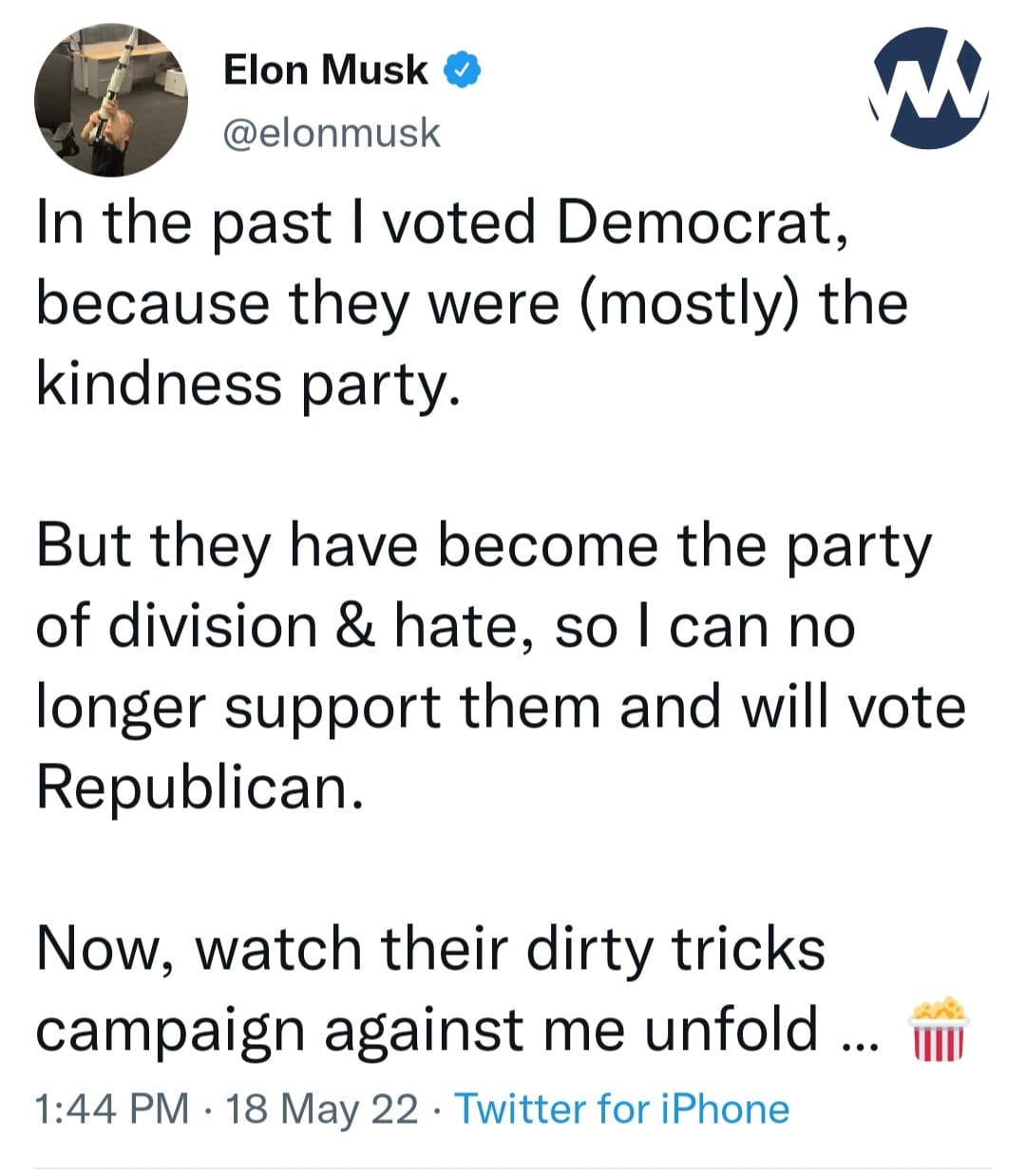 This isn’t the first instance of of Musk showing his gradual embrace of Republican ideology, though it is the most stark. Twice in 2020, Musk hinted at his rightward shift.

“Take the red pill,” Musk tweeted in May 2020, a reference to the concept of being “red-pilled,” or embracing conservatism.

“The left is losing the middle,” he tweeted in July of the same year, a subtle critique of Democrats who have been pushing an ever-increasing leftist ideology in recent years.