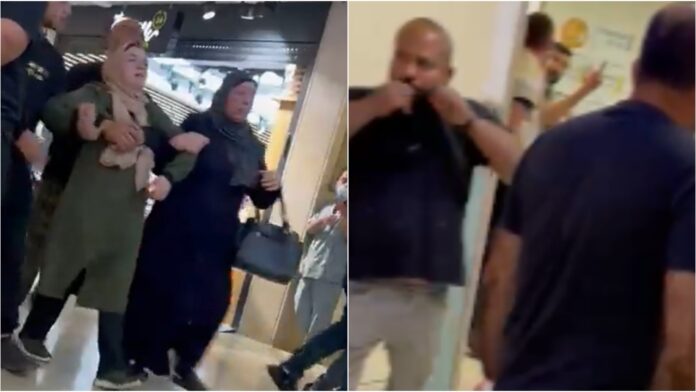 Two days after dozens of Arabs attacked medical staff and destroyed property in Hadassah Hospital in Jerusalem, another violent incident occurred on Wednesday evening at the Galilee Medical Center in the northern Israeli city of Nahariya.

Dozens of members of an Arab family tried to forcefully break their way into the hospital’s trauma room after they were informed of the death of their relative following a motorcycle accident.

The Arabs beat up security guards and anyone else in the way. A small part of the incident can be seen below:

The security guards, who felt their lives were at risk, sprayed pepper spray in order to evict the rioters out of the trauma room and called the police to provide backup forces.

Several security guards were lightly injured in the incident.

“It was awful,” one of the hospital’s security guards told Channel 12 News. “It lasted around 20 minutes but it felt like forever. This time it ended without anyone seriously injured but the writing is on the wall.”

“In a recent previous incident, one of our security guards was severely attacked by Arabs, who received a ridiculously light sentence of probation and a petty fine. There is no deterrence, unfortunately.”

A strike is taking place at hospitals and clinics across Israel on Thursday in protest of the violence medical staff have been subject to. The Israel Medical Association announced the strike on Tuesday, following the incident in Hadassah Hospital but prior to the latest incident in Nahariya.

Hospitals and clinics are operating on “Shabbat mode,” carrying out only life-saving procedures.

Prof. Tzion Hagay, the chairman of the Medical Association, said: “We have repeatedly said that we won’t accept any more incidents of violence in the health system but unfortunately it has become a real epidemic. Doctors’ lives aren’t hefker and this strike is only a warning. We won’t hesitate to take additional steps if the government does not immediately address the issue and protect the personal security of medical staff.”