Hundreds of IDF soldiers are in Cyprus this week for the last stage of the month-long “Chariots of Fire” training drill.

The “Chariots of Fire” drill is training troops to respond to multiple war threats at various fronts simultaneously, with a focus on battling Hezbollah on Israel’s northern border. It is the largest IDF training exercise in decades.

The last week of the drill is being carried out together with the Cypriot army and is intended to train soldiers to carry out operations “deep in enemy territory,” or Lebanon.

IDF Chief of Staff Aviv Kochavi and Defense Minister Benny Gantz flew to Cyprus on Tuesday to observe the training.

Kochavi and Gantz met with Cypriot Chief of the National Guard Lt.-Gen. Demokritos Zervakis and thanked Cyprus for hosting the IDF. 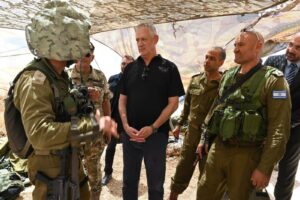 “This illustrates the depth of the strategic alliance between the two countries,” Gantz said. “I’m very glad I came here today, and I’m very encouraged by what I saw.” 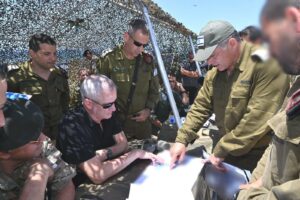