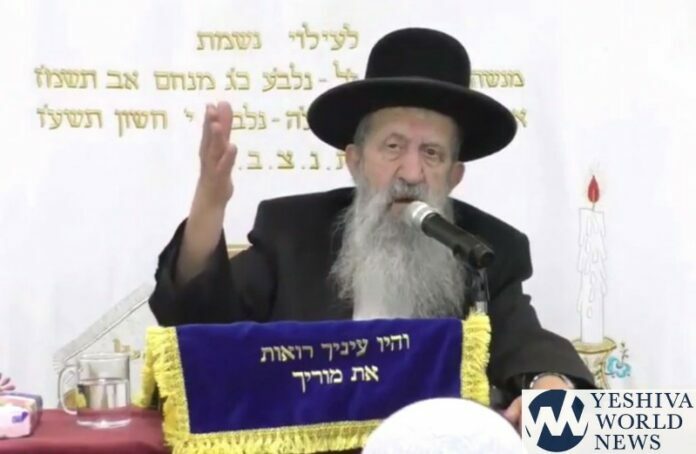 HaRav Mutzafi referred to the incident: “There’s no police, there’s no deterrence, no governance. Day after day, we witness boys ‘flying’ back and forth at the most congested intersections with these horrible killing electric scooters. There’s not even a shadow of a police presence and nissim occur that no one is injured or killed, but today it happened.”

“I suggest to every parent who has a son or daughter who owns an electric scooter or bike to hang a list of those killed by these destructive devices in a central place in their homes and to warn their household members about these incidents. And the Borei Olam should bring peace on us and all of Yisrael.”