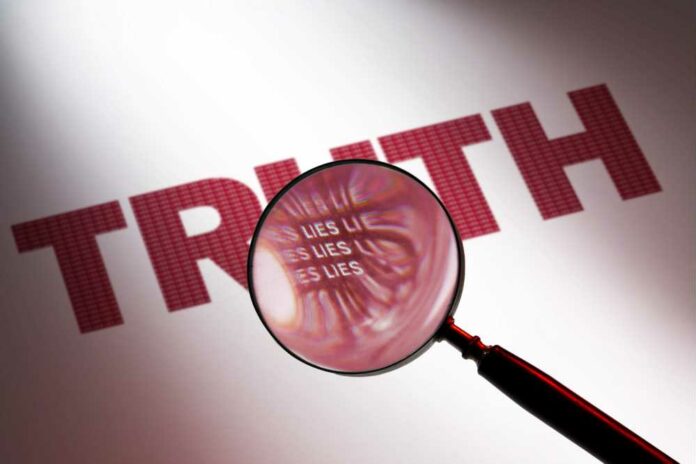 A woman who is in the process of a divorce had explained to her husband that her lawyer had told her that she should lie and say that her husband had physically abused her in order to gain an advantage in terms of custody and child support. The lawyer is ostensibly an observant Jew who is well-regarded in the community in which he resides.

This example begs a number of questions:  How often do people lie?  Why do they lie? To whom do they lie? And most importantly, what can we do to make sure we and our children don’t fall victim to it as well?

A few months ago a study co-authored by Professor Tony Docan-Morgan, a UW-La Crosse faculty member, provided some answers in, “Unpacking variation in lie prevalence: Prolific liars, bad lie days, or both?”

The study examined 116,366 lies told by 632 participants over a three month period.  75 % of respondents reported zero to two lies per day (if they can be believed). But 6 % of respondents —  had days in which they lied much more frequently.

Unlike most previous lie studies, this new research examined lies over time instead of a one-day survey of behavior. The study’s authors found that day-to-day variance fluctuates considerably from person-to-person.

Lies are told for a variety of reasons.  The survey reported:

TO WHOM THEY LIE

WHAT CAN BE DONE?

Chazal tell us that the signet ring of HaKadosh Boruch Hu is Emes – truth.  What we can do is to try to commit ourselves to every day emes in our lives.  There is an organization dedicated to helping us along with this task.  You can subscribe to a new Parsha sheet (sample below) that has four unique columns in it: 1] A dvar Torah on emes in the parsha 2] An inspirational story or methodology as to how we can keep on track 3] A halachic discussion of various facets on Emes and case specific questions and 4] A translation of classical works that focus on Emes.

The newsletter is written by this author, and one can subscribe by simply emailing the author at [email protected]