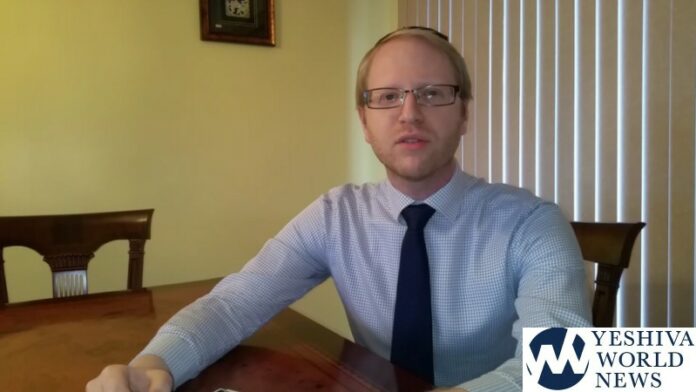 Naftali Moster, the ex-chassid who has devoted his life to being a thorn in the side of yeshivos, has resigned from YAFFED, the organization he founded that advocates for Government to dictate taught in Yeshivas.

It isn’t yet known what prompted Moster to resign his position, but his departure will not be missed by those working to preserve the purity of yeshivos, particularly in New York State.

In addition to his incessant anti-yeshiva rhetoric and activism to destroy the olam hayeshivos, Moster has carried with him the mantle of victimhood – lamenting his life and attacks he’s been subjected to as a direct result of his ignoble activism. On his website and in interviews, Moster complained about “obstacles, harassment, threats and ostracism” that have arisen from his work.

YAFFED served as a rallying point for non-Orthodox Jews to express their opinions on how Yeshivas should operate. Among his leading spokespersons are a prominent leading Reformed “Rabbi” in NY, the head of the Teachers Union, and Abby Stein.

Though he ostensibly claimed to only want to improve secular education standards in yeshivos, Moster often used his position as YAFFED’s director to malign yeshivos on matters that had nothing to do with education.

One instance of this came during a severe measles outbreak in 2019 in Rockland County, which Moster used to bizarrely attack yeshivos and the education they provide to talmidim and talmidos.

Moster also threw his time and energy to informing authorities of a planned Satmar wedding in Williamsburg during the Covid pandemic, prompting then-Gov. Andrew Cuomo to direct law enforcement to shut it down, earning Moster the derisive moniker “moser.”

Moster has not yet announced his next move, nor has YAFFED announced who will replace Moster atop their leadership. Regardless, his departure can only be seen as a win for the dedicated men and women who devote their lived to instilling the mores and values of the Torah in our most precious assets – our children. 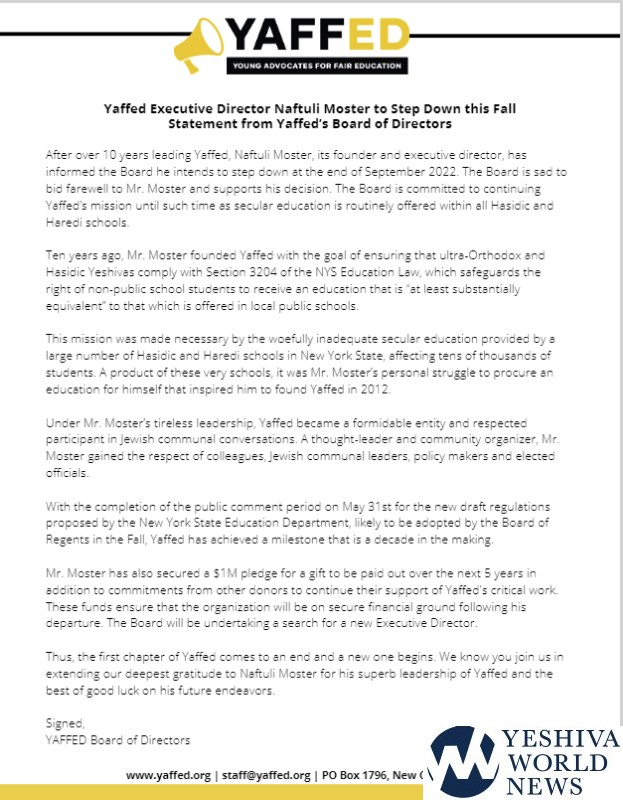