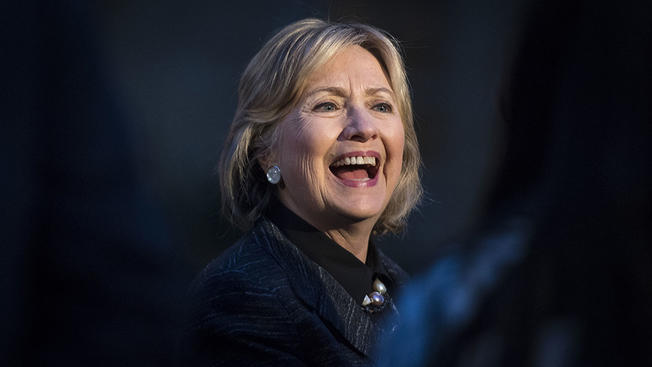 With concerns over President Biden’s health mounting, some Democrats are looking backwards at possible candidates that could run in his stead in 2024. One of the names being bandied about is two-time presidential candidate Hillary Clinton.

But Clinton herself is telling Democrats not to even think about it.

Asked by the Financial Times whether she was considering another run for the White House, Clinton said: “No, out of the question. First of all, I expect Biden to run. He certainly intends to run. It would be very disruptive to challenge that.”

“We are standing on the precipice of losing our democracy, and everything that everybody else cares about then goes out the window,” Clinton said. “Look, the most important thing is to win the next election. The alternative is so frightening that whatever does not help you win should not be a priority.”

Despite his advancing age, increasing confusion and other signs of infirmity, the White House insists that the president is doing great and that he will definitely run again in 2024.

Asked last week by CNN host Don Lemon whether Biden had the stamina to mount another run, Press Secretary Karine Jean-Pierre fired back.

Oh my gosh. He’s the President of the United States.” The press secretary then laughed and told Lemon that she, who is 47, sometimes struggles to keep up with Biden, who is 79, and that the question “shouldn’t even be asked.”