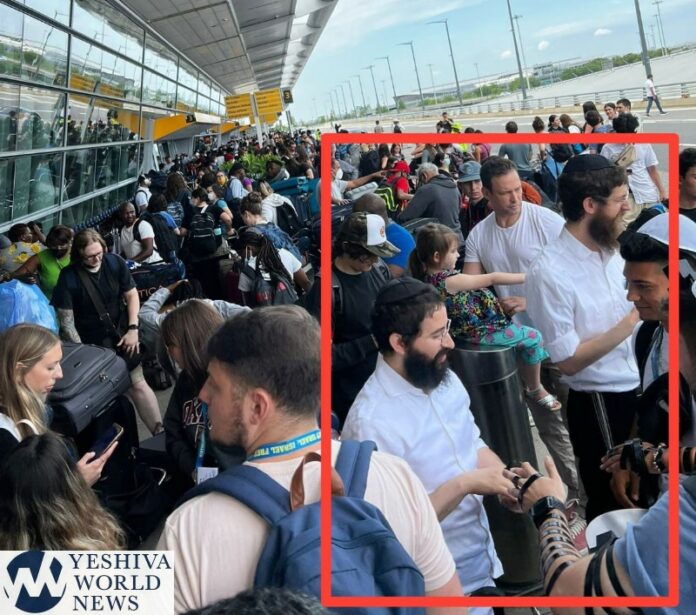 As hundreds of passengers at JFK’s Terminal 4 dealt with fear and chaos on Sunday morning due to an unspecified security threat, a group of Lubavitcher bochurim saw an opportunity – and they grabbed it.

As they waited outside Terminal 4 with hundreds of other evacuated flyers, the bochurim took it upon themselves to perform mivtzoim, specifically laying tefillin on irreligious Jews who were waiting with them for security personnel to clear the situation.

The security incident – and the bochurim’s kiddush hashem – came just a day after a massive Gimmel Tammuz gathering to celebrate the Lubavitcher Rebbe’s 28th yahrtzeit. The celebration was marked by tens of thousands of people at the Ohel and millions more worldwide.