At least six people were killed and 24 injured are feared dead following a shooting at a 4th of July parade in Highland Park, Illinois, on Monday., just two blocks away from a popular Lubavitch shul – The Central Avenue Synagogue.

Police and firefighters responded to the scene on 2nd Street and Central Avenue at about 10:15 a.m. First responders reported multiple victims, with CPR required for several of them.

Parade-goers scattered as gunshots rang out, leaving behind chairs, baby strollers and blankets they had brought to what they innocently believed would be a nice, peaceful outing.

A Lubavitcher bochur was at the parade running a tefillin stand when the shots rang out just a block away from him. His father, Eliezer Zalmanov, wrote in a Twitter post that his son called to say that he was safe and had evacuated to the nearby Chabad house.

Lake County Major Crime Task Force spokesman Christopher Covelli said at a news conference that the gunman apparently opened fire on parade-goers from a rooftop using a rifle that was recovered at the scene. He didn’t know which building.

Covelli said police believe there was only one shooter and warned that he should still be considered armed and dangerous.

Law enforcement give description of suspect in Highland Park parade shooting: Described as 18-20yo white male, longer black hair, slight build. A gun was recovered at the scene. 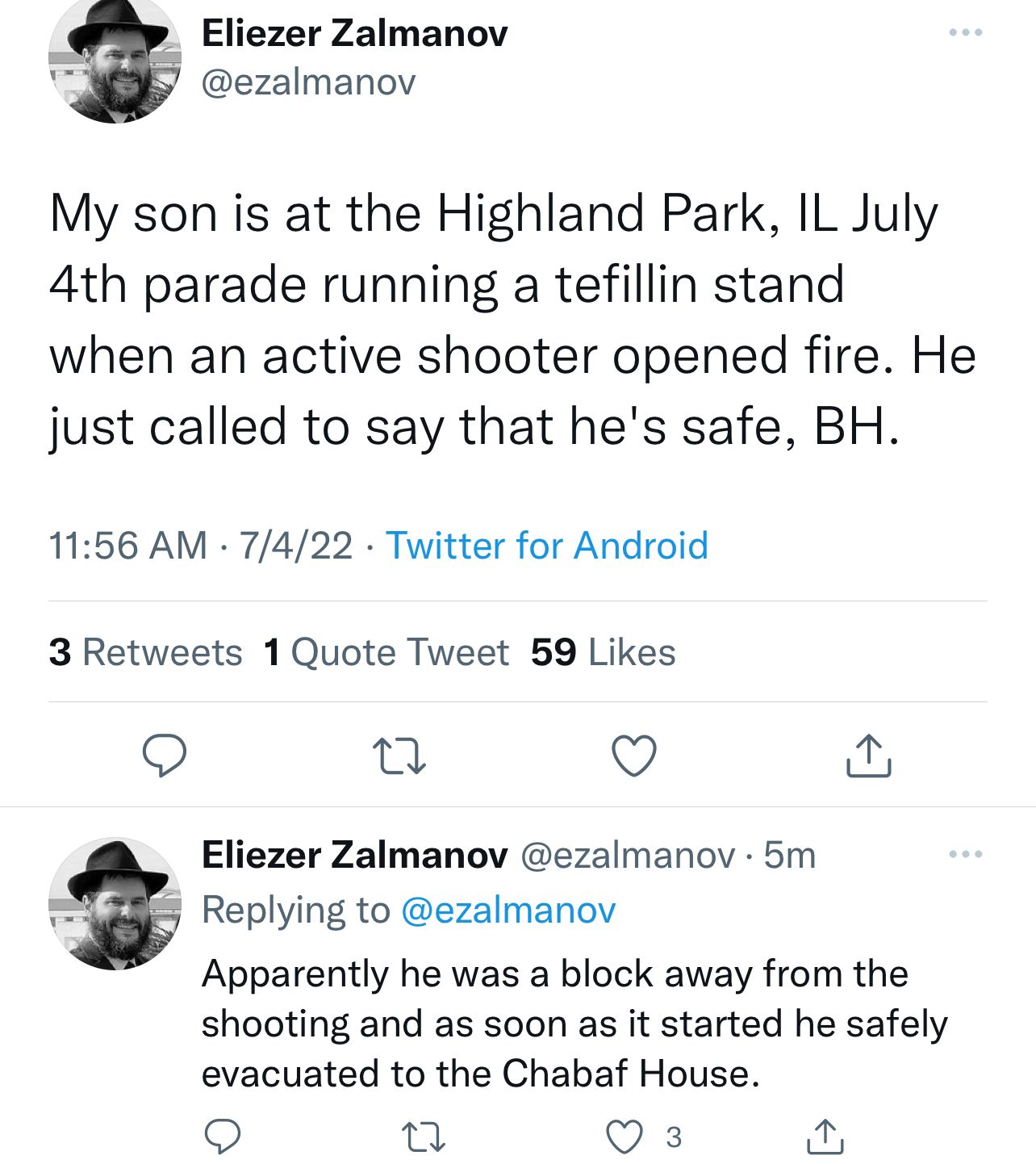