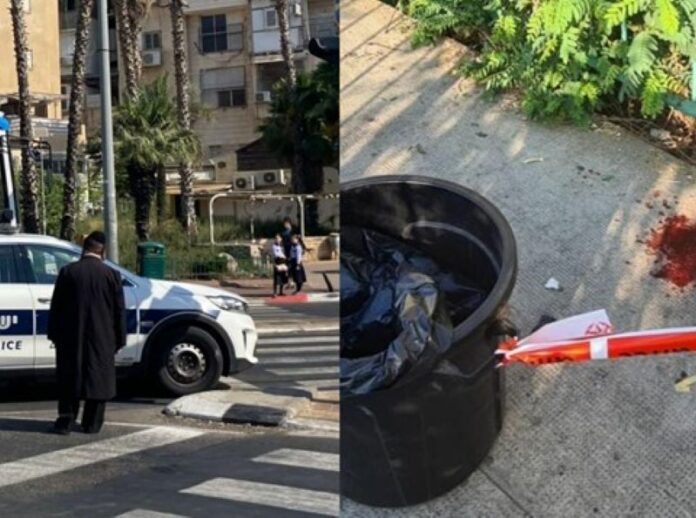 A Chareidi resident of Bnei Brak was seriously wounded by an Arab early Tuesday morning.

The 47-year-old man was walking on a pedestrian bridge between Bnei Brak and Givat Shmuel at about 5 a.m. when an Arab suddenly approached him and hit him on the head with a heavy object, possibly an axe.

Emergency medical forces who arrived at the scene evacuated him to Sheba Hospital in Tel HaShomer.

The man told police who arrived at the scene that he was attacked by an Arab who fled in the direction of Bnei Brak.

The victim’s wife later told Kan News: “My husband went to daven in Givat Shmuel. He said that when he got to the bridge, an Arab appeared, took something out of a bag, and hit him hard on the head. He has three fractures.”

The public is asked to daven for a refuah sheleimah for יצחק בן גילה פיבי בתוך שאר חולי ישראל.

Dr. Tzion Zibly, the head of the neurosurgery department at Sheba, said that man suffered from a severe head injury and some cerebral hemorrhage. He is being treated in the ICU and is in serious but stable condition.

Asked if it was possible that the victim was stabbed with an axe or another tool, Zibly said: “It’s hard to guess but there is no doubt that it’s a severe and complex head injury, with multiple fractures and bleeding. I estimate he was hit with a very heavy object.”

Police immediately launched a manhunt with the assistance of a police helicopter.

Over eight hours after the attack, early Tuesday afternoon, the suspect has not yet been found.

The police are checking dozens of security cameras in the area alongside searching the city by foot. Shin Bet operatives are assisting in the search efforts.