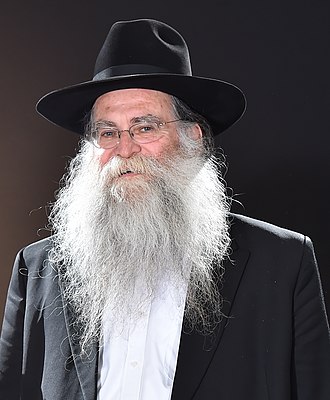 This past Sunday, (25th of Tammuz) was the 3rd yahrtzeit of HaGaon HaRav Nachum Yabrov (1955 – 2019)  – who, according to Rav ELyashiv zt”l was one of the leading Poskim in Klal Yisroel. “Every area in halacha that he touches becomes the standard in Psak halacha,” Rav Elyashiv told a friend of mine.  This author also saw that Rav Elyashiv used and learned from his Seforim – the Divrei Sofrim series of halacha.  The Divrei Sofrim series on Aveilus has become a classic throughout the world.

Rav Yavrov zt”l lived in the Ezras Torah section of Yerushalayim and was the head of the Shechita Division of the Eida HaChareidis.  He was the father of eleven children.

His first sefer was entitled Niv Sfasayim on the laws of emes and sheker.  Below are 16 summary halachos from that sefer.

Part of the parameters “distancing from sheker – a lie, according to Rav Nachum Yavrov (Niv Sfasayim first edition, pp 131-133) is to distance oneself from anything that could lead you to lie.

Below are 16 summary rulings that Rav Yavrov zt”l provided in the first edition of his work, but are not found in the second edition. The numbering system is the author’s own.

16 Halachos on Emes and Sheker

1. Although the issue of distancing from a lie applies to anything that could lead one to lie, when that possibility is remote, then the prohibition involving “distancing” does not apply.

2. The obligation to distance is even if there is only a likelihood that the matter is, in fact, a lie.

3. A third scenario in which one must distance is when the person’s heart indicates to him that the matter is a lie.

4. The prohibition of distancing also means that one cannot be the cause of someone lying either, even if this comes about by being silent.

5. The prohibition of lying is even if the person has in mind to tell the truth afterward.

6. If someone sees some people whispering among themselves, it is forbidden to ask them what they were discussing, because it will often cause them to lie.

7. Indeed, ideally one should not be around the location where people are whispering.

8. If Reuvain invited Shimon to come to his house or affair and he did not attend, it is forbidden to ask him why he did not come, as there is a concern that he may lie.

*** This author writes a weekly Parsha sheet on Emes for the Sfas Tamim Foundation, an organization dedicated to promoting more awareness of the middah of emes.  To subscribe, please send an email to [email protected]  Also, The Sfas Emes Foundation has produced an informative and inspiring Tisha B’AV video presentation to be shown at various shuls across the country highlighting the connection between Tisha B’AV and Emes.  The video features Rabbi Elya Brudny shlita, Rabbi Yaakov Feitman shlita, Rabbi Paysach Krohn shlita and Rabbi Noach Oelbaum shlita.  To arrange for the presentation in your shul please also email to [email protected]  ***

9. If, when relaying a story or incident, one leaves out some of the information, and it changes the nature of the story – then this is forbidden on account of the prohibition of lying.

10. Indeed, even if the nature of the story does not change, it is still a midas chassidus – the ideal manner to avoid doing so.

11. It is possible that when quoting the words of one of the Gedolei Torah, whose every word requires study, that one is obligated halachically to relay everything that he said. If he does not remember exactly how it was said then he should say, “these were not his exact words.”

12. If, in relaying an incident or story, a friend asks him to say everything that happened, then one is not permitted to leave out something [unless it is forbidden to do so], even if the nature of the incident does not change.

13. It is forbidden on account of the prohibition of lying even to hint or allude to an untruth.

14. Even a truth that is mixed in with a lie is as forbidden as the lie itself – by Torah law. This is even if the underlying nature of the incident or story does not change.[There are caveats, however, found in Niv Sfasayim 6:8]

15. Part of the obligation of “distancing” is to examine all of his actions to ensure that there is no element of untruth in them.

16. There is a prohibition of lying even in writing. This is not just because of the Talmudic concept of “writing is like speaking,” but for other inherent factors as well.

This author writes a weekly Parsha sheet on Emes for the Sfas Tamim Foundation, an organization dedicated to promoting more awareness of the middah of emes.  To subscribe, please send an email to [email protected]