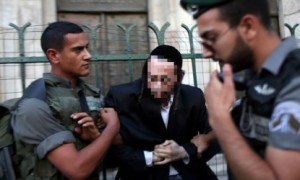 One of the keynote speakers marking 15 years since the establishment of Nachal Chareidi was Defense Minister Moshe Ya’alon. The event was held in Yerushalayim on Tuesday night the eve of 15 Shevat 5774.

Ya’alon stated that he will not permit the forced draft of chareidim into the IDF. Ya’alon mentioned Yehuda Duvdevani, who in 1999 spearheaded the government effort to get the pilot program off the ground, a program that has proven a success. Ya’alon stated that in 2013, over 800 inductees joined Nachal Chareidi in addition to 1,200 inductees joining the Shachar programs.

The defense minister stated the success of the program has exceeded even the most optimistic predictions and the Nachal Chareidi battalion has proven itself in its war against Arab terrorism throughout Yehuda and Shomron and the unit has been commended for its excellence.

“In addition to all this, you are paving the way to show another way is possible, to participate in the nation’s security while continuing to maintain a Torah life…”

Ya’alon feels that this proven path must be continued, to accommodate chareidim and encourage them but not to seek to compel them for “this is not the way. This is the correct way to increase participation…”

See the senior minister’s address at the anniversary event: