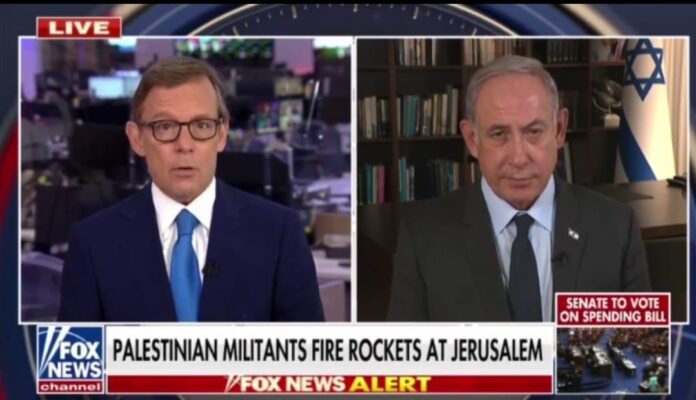 In a Sunday interview with Fox News, Israeli opposition leader Binyamin Netanyahu outlined why Operation Breaking Dawn was directed solely at the Palestinian Islamic Jihad terror group, rather than Hamas, which is usually involved in such outbreaks of violence.

“In the case of [Palestinian] Islamic Jihad, it’s a matter of who could out-radical whom,” Netanyahu told host Eric Shawn.

Israel’s longest-serving former prime minister added that Hamas had been severely crippled in the 11-day 2019 war that he led against terror factions in the Gaza Strip, and that Hamas is in no mood for further setbacks.

Netanyahu also called out the Palestinians for what he called the “Palestinian propaganda machine,” saying it has been “caught red-handed.”

“They said that we in Israel killed five children. They didn’t tell you the truth and this was caught on a video,” he said.