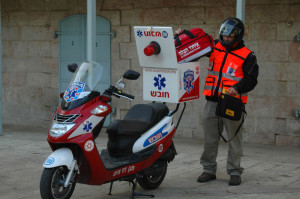 Israel Police officials on Thursday 22 Shevat announced that the 11-month-old infant who died in a Rishon L’Tzion park a day earlier choked to death.

The child was brought to kvura on Thursday morning in the Gordon Beis Chaim in Rishon L’Tzion.