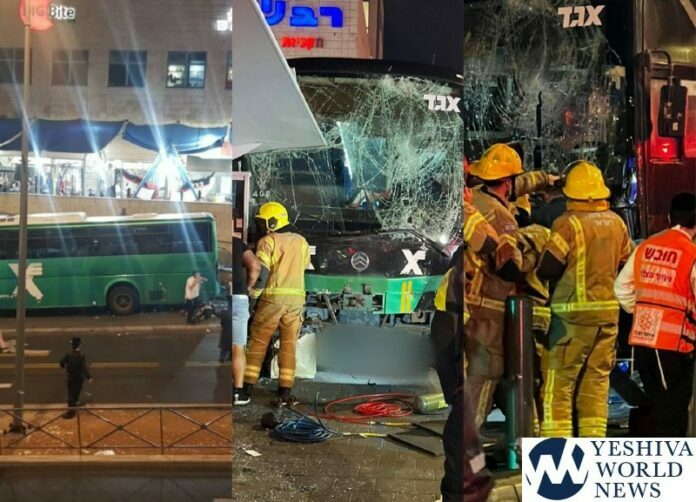 The driver, who was questioned on caution of suspicion of negligent manslaughter, told the police that there was some type of malfunction with the luggage compartment door that was causing it not to close. He had even reported the problem to the Egged office shortly before the crash. When all the passengers got off the bus at the final stop, he got off the bus as well to see if he could fix the issue.

As he was doing so, he accidentally touched the bus’s emergency mechanism, which triggered the release of the emergency brake. The empty bus began to move forward, smashing into a nearby bus stop.

Videos of the scene confirm that the trunk of the bus was open when the accident occurred. The driver, a resident of Be’er Sheva, has 18 years of experience and had maintained a spotless driving record for the past five years.

Following the interrogation, he was released to house arrest for five days.