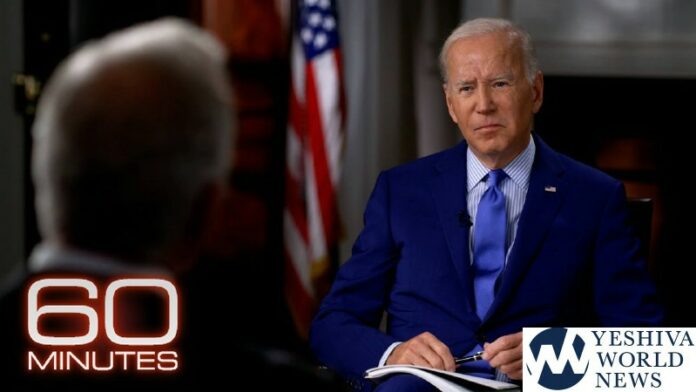 Speaking to CBS News’ 60 Minutes program on Thursday for an interview that aired Sunday night, President Joe Biden attempted to downplay the rate of inflation, which was shown to have risen to 8.3% last month.

“Mr. President, as you know, last Tuesday the annual inflation rate came in at 8.3 percent. The stock market nose-dived. People are shocked by their grocery bills. What can you do better and faster?” host Scott Pelley asked.

“Well, first let’s put this in perspective,” Biden said, attempting to conjure up a legitimate defense. “Inflation rate month-to-month was up… just an inch, hardly at all.”

“You’re not arguing that 8.3 is good news,” an incredulous Pelley interjected.

“I got that,” an exasperated Biden replied. “But guess what we are. We’re in a position where for the last several months it hasn’t spiked, it has barely… it has basically been even.”