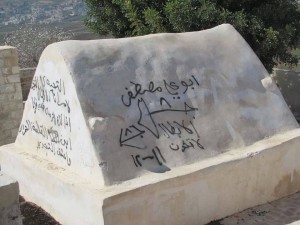 On the morning of Wednesday, 5 Adar I 5774, Binyamim Sedeka, a leader of the Samaritan-Israelite community, was shocked to see graffiti spray painted at the site of the Kever Elazar ben Aharon in the town of Awarta. The Samaritans had recently invested over 110,000 shekels to restore the ancient site which also includes the graves of the Biblical Pinchas and other leaders of ancient Israel. 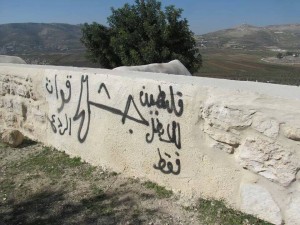 The graffiti included praises to the Popular Front for the Liberation of Palestine (PFLP) and their stance against the “Zionist enemy” who is preventing them from realizing their rights to all of “Palestine.” Awarta, an Arab town near the Jewish community of Itamar in the Shomron, is infamous for being site from which terrorists infiltrated Itamar and murdered five members of the Fogel family, HY”D, on Friday night, March 11, 2011. 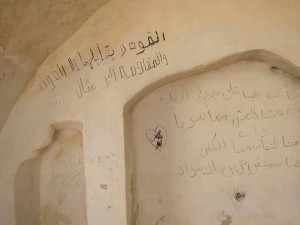