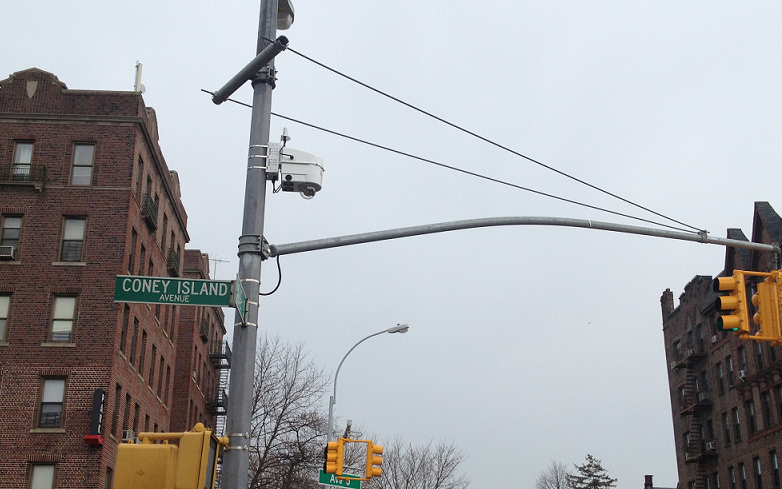 The cameras under the “Leiby Kletzky Security Initiative” utilizes the newest advances in surveillance technology to safeguard community residents. The program was installed and will be operated by SecureWatch24.

“The new security-surveillance system that we are now putting in place will not only decrease the chances of outside attacks, but it will also enormously enhance law enforcement’s ability to solve and prevent local crimes,” Assemblyman Hikind told reporters at a press conference on the corner of Coney Island avenue and Ave. J in Midwood. “If any person were to go missing, G-d forbid, we will have exponentially increased the ability to locate and recover that person. If there’s an assault on someone in our community, we will have increased our chances of catching the criminal.”

Hikind called it a huge day for the well-being of the community, celebrating what he called are “my babies” – 80 units containing 4 (four) cameras each, for a total of 320 cameras, that the NYPD crime unit will have access to on real time or as evidence for incidents that have occurred on the streets of the community in the event of a crime.

“This is a historical moment for our community,” said Assemblyman Hikind who thanked Senator Dean Skelos, majority leader of the New York State Senate, for helping secure the funds for the security initiative. “The achievement of this initiative demonstrates the importance of partnering with our government,” said Hikind.

State Senator Simcha Felder addressed some critics who claim these cameras are a violation of privacy and took issue with public money funding a private surveillance program. “Some naysayers will say ‘why are the cameras here, what’s this all about?’ To the naysayers I say, we must do everything humanly possible to assist law enforcement in preventing terrorism and pedophiles or any other quested group seeking to harm New Yorkers,” said Senator Simcha Felder.

Assemblyman Hikind thanked Agudath Israel, and in particular both Rabbi Chaim Dovid Zweibel and Dovid Tannenbaum, for partnering with his office, as well as JP Morgan-Chase for their role in advancing funding for the initiative; SecureWatch24 for their technical guidance and expertise in creating a system and topography that would best serve the community; Joseph Palmieri, Brooklyn Borough Commissioner of the NYC Department of Transportation; and the NYPD, in particular Commander Mike Deddo of the 66th Precinct and Commander Eric Rodriguez of the 70th Precinct.

SW24 president and founder Desmond Smyth told reporters that 12 cameras were installed so far. The rest will be put up by spring, he said. He also said that the local Shomrim patrol organization would have no access to the cameras but that in any event of an ongoing crime, local law enforcement authorities will be given on-time access to a live feed of the cameras.

Smyth added that the office of Hikind and Agudath Israel are the one deciding where to install the 80 units, with preference to schools, religious institutions and gathering comstat data that shows crime areas in the neighborhood. 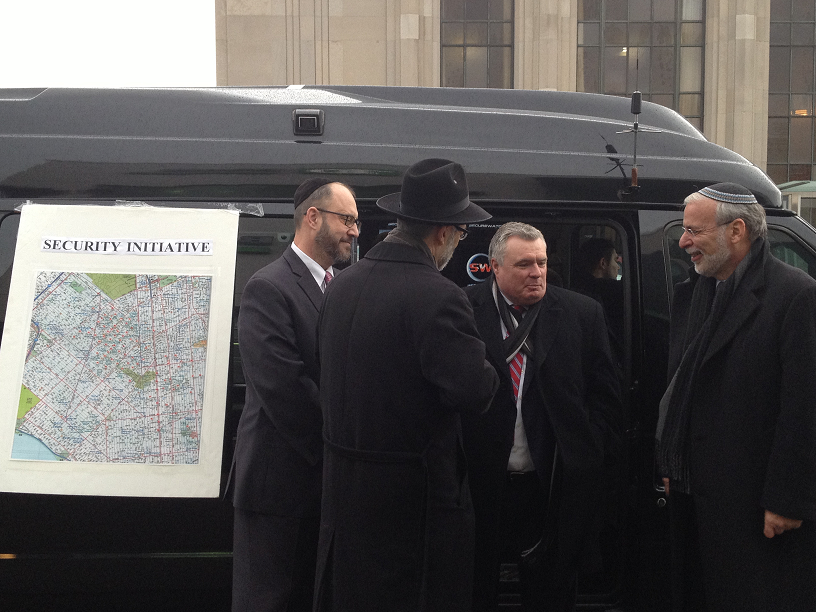 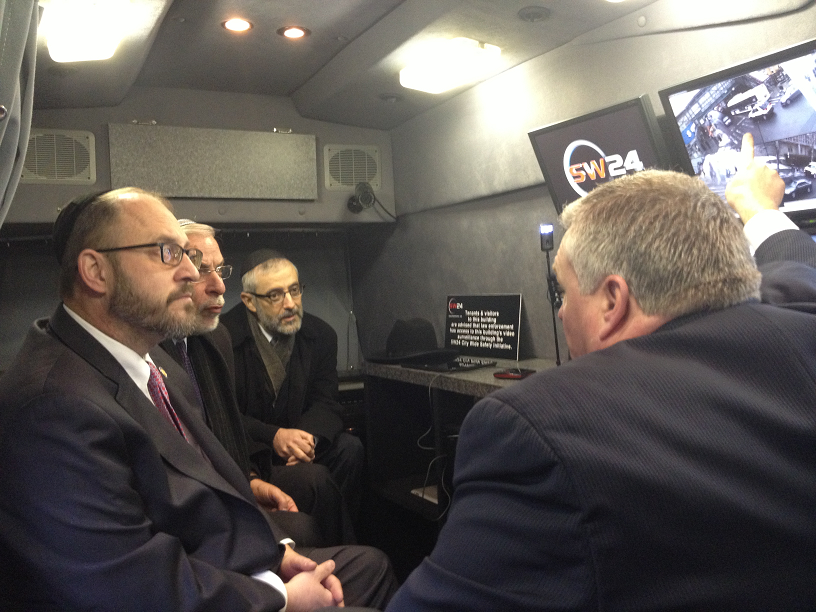 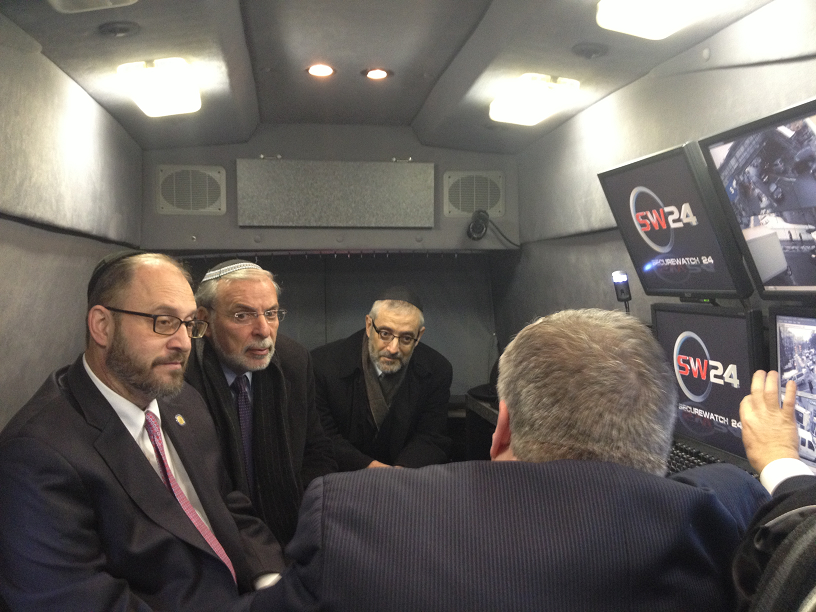 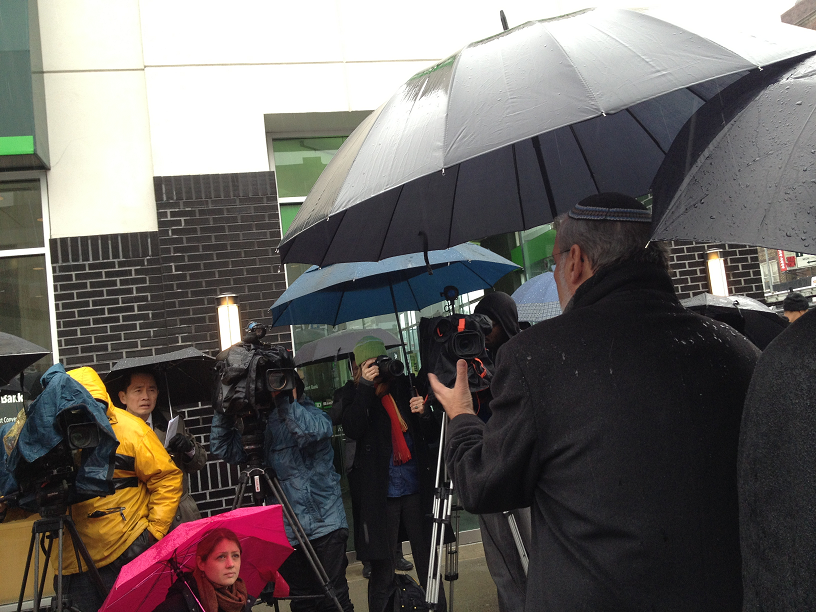