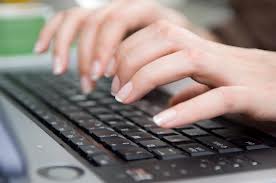 According to the report released by State Comptroller Justice Yosef Shapira, the glass ceiling preventing women from advancing in civil service and private sectors remains in place. The report was just released to coincide with International Women’s Day which is observed this week around the world.

The report frowns on the reality existing in government ministries, government hospitals and companies, as well as in Israel Police and other agencies. The report states that while women represent 64% of the public sector workforce, women in senior posts only represent 11-13% of the senior officials in that sector.

There are no females among medical directors of the nation’s government-run hospitals, with the comptroller pointing an accusing finger at Israel Police too, where there is not a single female district commander or senior officer.

Shapira adds the governments of Israel over the years did not toil towards creating equality in the government workplace and this is evident today.

In Israel Military Industries women compromise 2,500 of the 16,000 strong workforce and the 21 top posts are held exclusively by men. There are 20 second tier managerial posts, once again, all held by men. In third level management there is 1 woman and 42 men.

In Israel Police, women comprise 23% of the 27,500 policepersons. There is not a single female at a rank of an officer who reports directly to the police chief. In the university system, 85% of the senior professors are men.

The CBS adds that women are generally more educated than men, with the average women having 14.2 years of education as compared to 13.8 among men. 65% of students earning a matriculation high school diploma are women while they are 57% of the national student body. They also represent 56.7% of students receiving a bachelors degree, 59.9%, and 52.1 of those earning a doctorate. 67% of women work fulltime as compared to 87% of men.