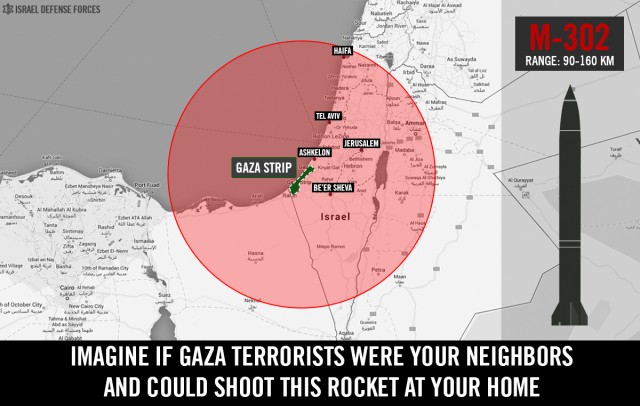 Imagine if Gaza terrorists were your neighbors and could shoot this rocket at your home. The IDF put together a series of illustrated maps that show the “Gaza Strip” next to other countries throughout the world. The maps demonstrate the reach of the M-302 rocket inside each of these countries. Share these with your friends and neighbors and show them what the Iranian threat looks like. 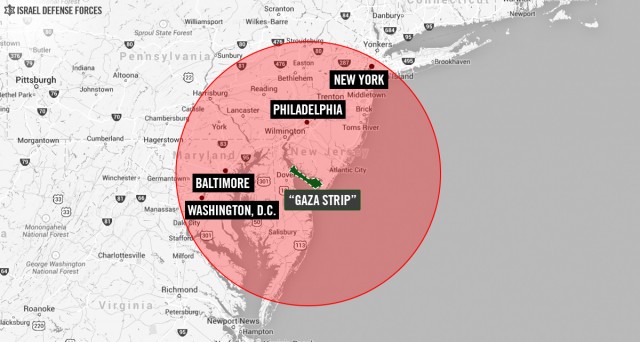 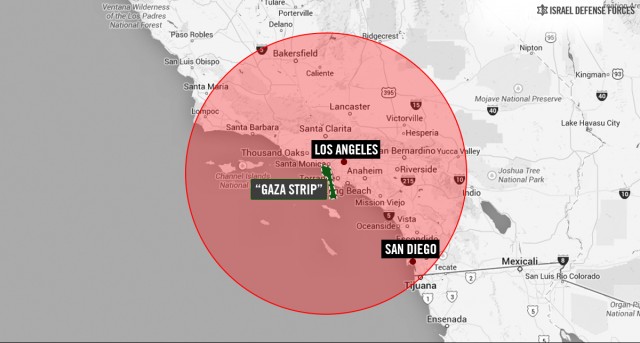 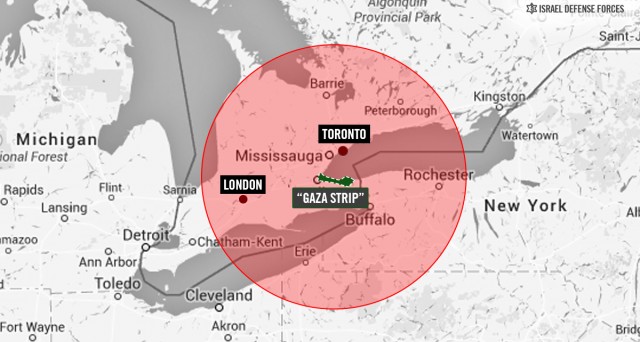 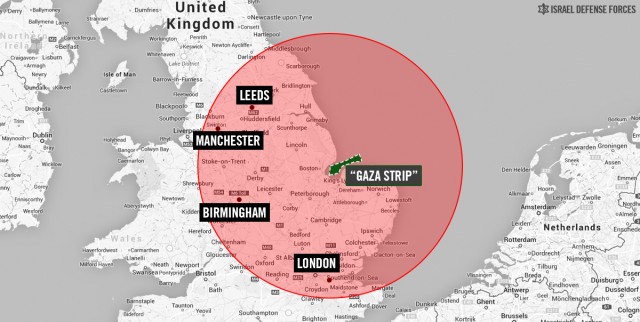