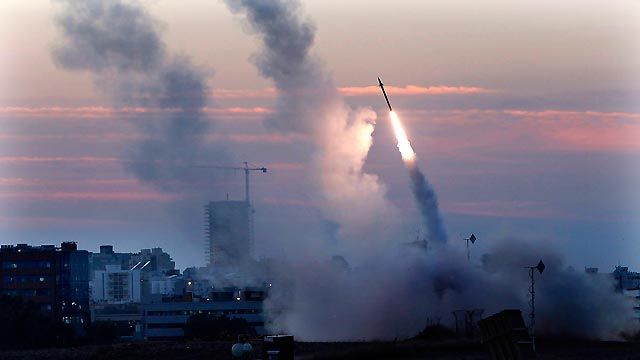 UPDATE 21:05: Sirens are now sounding in Sderot and the Shar HaNegev Regional Council.

UPDATE 20:50 IL: Sirens also sounded in S’dot Negev and surrounding areas. One incoming rocket headed for Netivot was intercepted by the Iron Dome.

FIRST REPORT 20:40 IL: It is a familiar scenario unfortunately as southern Israeli residents find themselves locked in safe rooms and bomb shelters once again. Just last night over 60 rockets were fired into southern Israel, and once again the Israel Air Force carried out ineffective symbolic retaliatory raids.

Less than three hours after the Islamic Jihad declared at ceasefire on Thursday 11 Aar II at 15:00, rockets began pounding communities in southern Israel.

Rocket fire has resumed in the past hour, with sirens sounding in Sderot and the surrounding areas as well as W. Negev communities. B’chasdei Hashem there are no reports of fatalities or injuries.