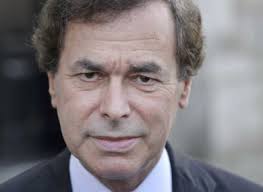 Ireland’s Jewish Justice Minister Alan Shatter has been subjected to an anti-Semitic chemical attack. Shatter was sent a package containing a suspicious white powder, a Nazi photograph and a swastika emblem.

Irish leader Enda Kenny said the sending of the package, which a bomb squad later determined was baking powder, was ‘a new low.’

63-year-old Shatter was born in Dublin and is the only Jew in the Irish parliament. Shatter’s paternal grandparents moved to the British Isles in the early twentieth century from Eastern Europe.