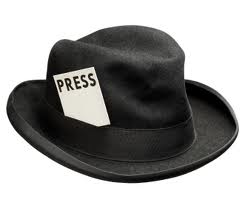 There is a bill seeking to make its way into law in Israel with the sole purpose of shutting down the Yisrael Hayom newspaper. The newspaper has been a bone in the throat of the left-wing since it first appeared on street corners around the country. It has revamped the Israeli newspaper industry, leading to the cessation of the printed Maariv and it has overtaken Yediot Achronot, to become the nation’s most popular newspaper. This has Israel’s elite left-wing most perturbed on the best of days.

International legal expert Professor Alan Dershowitz warns Israel that it is unwise to tinker with freedom of the press issues, pointing out that even if efforts are well-intentioned, the fact that the entire bill is aimed against one newspaper should have people concerned. If the bill is passed into law, it would no longer be permitted to distribute newspapers free of charge.

The bill is being pushed along under the guise of protecting the written press and no newspaper is mentioned by name but it is clear there is an agenda. Under American constitutional law, this legislative targeting might well be considered a bill of attainder (an act declaring a person or group guilty of a crime and punishing them without a trial), Dershowitz points out.

In an article published in Yisrael Hayom Dershowitz adds “in many countries in the Western World it is now customary to grant financial support to newspapers in order to ensure the continuation of their activity, which is essential to democracy.” Experience demonstrates that he who pays the piper not only calls the tune, but often decides what tunes cannot be played. Government financial support for the press is an invitation to government control over the press. That is why neither Israel nor the United States, both of which can rightfully boast of press freedom, are among the countries that provide financial support for newspapers. Nor should they.

To read the entire article, please click on the following hyperlink.