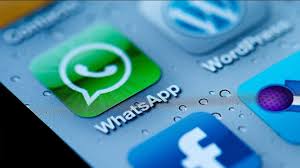 “Iran’s apparent banning of WhatsApp, reportedly because it is owned by an individual the regime labels an ’American Zionist’ — a code word for ‘Jew’ — shows yet again the extreme bigotry and backwardness of the Islamic Republic’s leadership,” Lauder said. “Last year, President Rouhani promised a change, including more openness. He sent a number of Twitter messages to the world. Yet, under Mr. Rouhani’s watch, censorship of the Internet has been strengthened, not relaxed.

“If it is accurate that Tehran banned WhatsApp because it is owned by a Jew, it shows that this government is still driven by anti-Semitism and hasn’t changed a bit, despite appearances,” the WJC president added.

Lauder said the Iranian people were “resourceful enough to evade the shackles of their government’s censorship, and such a ban won’t work.”

According to media reports, Abdolsamad Khorramabadi, head of Iran’s Committee on Internet Crimes, said: “The reason for this is the assumption of WhatsApp by the Facebook founder Mark Zuckerberg, who is an American Zionist.”

The report of the banning was attributed to Iran’s state news agency IRNA, but Rouhani himself later denied the report in a tweet. Twitter and Facebook have been banned in Iran since 2009, according to Sky News, although many Iranians access the sites through third-party providers and some regime figures use the platforms to communicate with the West.