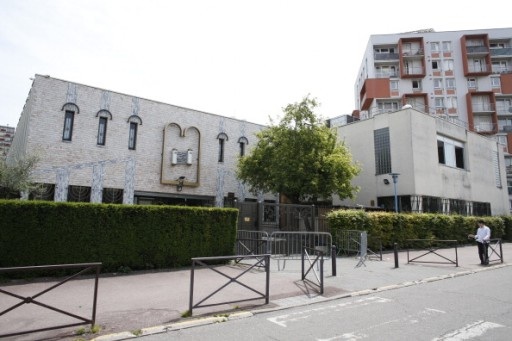 Two Jewish brothers dressed in “traditional” clothes were attacked near a synagogue in the Paris area, French officials and Jewish leaders said Sunday. The assault came hours after a deadly shooting spree Saturday at the Jewish Museum in Brussels.

Interior Minister Bernard Caseneuve ordered police around France to increase security at Jewish houses of worship and other Jewish establishments, according to a statement.

The young men were attacked by two others near the synagogue in Creteil, a southeast Paris suburb, on Saturday evening, according to Albert Elharrar, president of the Jewish Community of Creteil. One of them was severely injured after being struck in the eye with brass knuckles, and was expected to remain hospitalized for 10 days, Elharrar told BFM-TV.

The Interior Ministry had said earlier the young men were leaving the synagogue when they were attacked.

The attack followed a shooting spree at the Jewish Museum of Brussels that left three people dead, an Israeli couple and a French woman, and a fourth seriously injured. Belgian police were seeking the attacker, thought to have acted alone.

French President Francois Hollande offered his solidarity to neighboring Belgium, and vowed that the perpetrators of the Creteil attack would be caught.