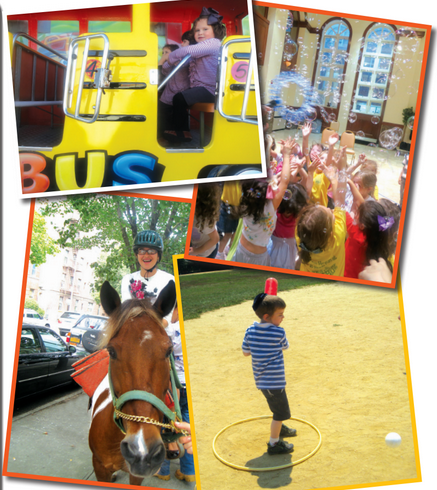 [COMMUNICATED CONTENT] For most of her 30 years working with youngsters, highly respected educator, Rebbetzin Leifer, had a dual purpose dream: First, to take a portion of BoroPark’s school children off Brooklyn’s hot pavement each summer; the second was to provide them with a camping experience reminiscent of what she remembered in her beloved Catskills many years ago.  If successful, it would “marry” the feeling of country with that of the mountains.

It was not without problems.  The camp, which was the first part of her vision was founded in 2011.  It was named MYBDC (My Yellow Bus Day Camp).  While the enthusiasm of campers and parents met all expectations, it became obvious that more space would be required if she was to realize all her hopes and aspirations for the facility.  There not only were exciting plans, ideas and a whole new wave of exceptional activities, but there also was the realization of her goal of creating the sense of country and mountains.

Rebbetzin Leifer realized these problems could only be resolved if she could make the second half of her dream a reality which most people around her felt was impossible.  To make matters more difficult, she wanted her vision to happen within the cramped boarders of the Borough of Brooklyn.  But was it really impossible?

Not when you are absolutely dedicated to turning your dream into a reality.

After searching every possible real estate option within the borough, she discovered an available school facility containing a 25, 000 square foot building (at 2533 Coney Island Avenue) with an adjacent 25, 000 square feet of space.  She not only successfully negotiated for a long-term summer lease, but as a result, the ultimate summer day camp was to emerge—MYBDC was reborn.

So what does this new facility mean to incoming age 2-9 campers for the 2014 season.  According to Mrs. Raizy Kempler, the new MYBDC Director, it represents an elevation from the ordinary to the extraordinary.  “For starters, we now have two pools on premises, which allows for lots of water-related fun.  Furthermore, we’ll be expanding a number of programs and activities introduced last year like woodworking, gardening, arts and crafts, music, and dance.  However, now the campers’ experiences will be vastly improved.  Furthermore”, Mrs. Kempler added,  “we will be introducing steps so that activities will be set up by age and skill levels.”

Another reassuring feature is the food.  The camp had already built up a reputation for the meals provided to campers, starting with a nutritious breakfast and continuing to a hot lunch and a delectable snack.  But word is, there will be even greater efforts to maintain the combination of quality, nutrition, and taste.

The camp, despite its previous size had won a lot of parental praise for it’s many events such as carnivals, amusement park rides, hayrides, and live performances.  As expected, with its new, larger space, anticipation is building as to what may be in store for campers this summer.  Particularly for older children.

According to Mrs. Kempler,  “We are in the midst of planning a number of exhilarating day trips as well as an enjoyable learning and shiur program provided by professional, experienced Rabbeim and teachers.”

Then with a quick wink and a smile, she added,  “We still have a few secrets that are too exciting to reveal now.  But get ready to be surprised.”

In conclusion, she made two final requests.  The first, was to remind everyone that the same safe, comfortable, carefully-maintained air conditioned door to door bus service will be available; The second, that we urge everyone to not lose any time in enrolling their child.  Said she,  “Word is out that MYBDC will be the borough’s most desired day camp and openings are being filled fast.  Call today @ 347-694-8090.