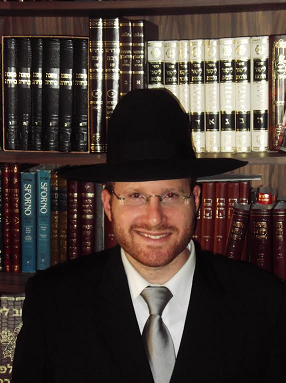 When I was learning in yeshiva a young Israeli soldier named Nachshon Waxman was kidnapped by Arabs pretending to be religious Jews. Their car sported seforim lying on the dash board and Jewish music was blaring from the radio. Nachshon was convinced that they were frum people. He got into their car and they kidnapped him. He was incarcerated in an Arab neighborhood adjacent to Ramot, which could be seen from my yeshiva window, right across the valley from Sorotzkin. Over one hundred thousand Jews of every stripe and persuasion gathered at the Kosel to daven for his safe release.

Mrs. Waxman addressed the nation on prime time media, where she entreated every Jewish woman in the country to light Shabbos candles that Friday night for the merit of her son. Nachshon’s father was interviewed by the media. He inspired an incredible kidush Hashem, when he replied to a question with the following powerfully authentic statement, “Hashem did answer, His answer was no.”

The Shabbos following Nachshon’s kidnapping was something that will not be forgotten by anyone who lived through it. The tension in the streets was razor sharp. Nobody talked about anything else. Nachshon Waxman was on the collective minds of the entire country. Wherever you lived, wherever you found yourself – no matter where you were, every shul you passed was lit up with people inside saying Tehillim – crying out to Hashem to save their golden child….. even as millions of Shabbos candles flickered in homes throughout the land – many of them homes where Shabbos candles had never been lit before.

On that fateful Friday night, Israeli commandos attacked the house, but their information was faulty and the raid was not successful.

The youth who united the nation.

He was murdered by a terrorist named Jihad Yarmur. (Jihad Yarmur would in fact be convicted for the murder of Nachshon Wachsman and sentenced to many years in prison. His release would come about when he was traded for Gilad Shalit in October 2011.)

Thus culminated a story of tremendous courage, phenomenal mesiras nefesh and a family’s supreme ability to unquestioningly accept the will of Hashem – no matter what.

One of the boys managed to get a message out to the authorities, but the manhunt only kicked into gear many hours later. Once again, Arab cities were put under lockdown, Gaza was sealed shut and the entire Jewish world united in their concern for three smiling teenagers who just wanted to go home for Shabbos.

As of Monday the 16th, a group of Gilaad’s friends congregated outside his home to learn and daven 24/7, with the intention of continuing their ongoing Torah chain until he arrives home.

On Sunday the 15th, the Jewish People (Chassidim, Mizrachi, Yeshivish – in other words everyone) gathered at the Kotel to daven for their sons safe return. To beg Hashem, “to bring our boys back home!”

Thousands of Jews stood as one, reciting Tehillim line after line and word for word. What beauty. As different rabbonim led the davening, the assembled felt their tefilos soaring upwards to shomayim. They recited Slichos, they said Tehillim and then everyone davened Maariv.

What happened afterwards was completely spontaneous.

Slowly at first, a circle was formed on both sides of the mechitza. Every single person standing in the Kosel plaza, placed their arms on one another’s shoulders and began to dance. The circle widened and more people joined. Nobody had to say a word. Nobody had to suggest the idea. It was intuitive. Instinctive. Self explanatory. The most natural thing in the world. Thousands of Yiden with their arms around each other. And they sang songs. V’hi Sheumda. Racheim. Ani Maamen. Songs from our past. Songs for our future. It was a sublime moment of family unity. It was something to remember.

The power of brotherhood was awesome.

I am left with but one question.

I’m sure we’ve all had it from time to time.

Why does it take a tzara of such magnitude for us to unite – to sing together – and to place our arms around each other’s shoulders?

Yehi ratzon, may it be Your will, that we be able to form another circle, soon, with our three missing boys in it’s center.