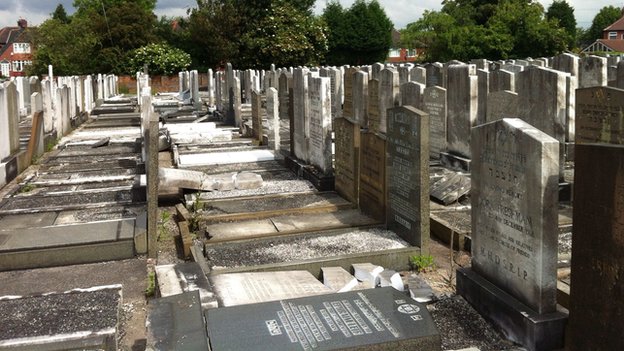 Two 13-year-old boys have been arrested after anti-Semitic graffiti and swastikas were daubed over gravestones in a Jewish cemetery in Manchester.

GMP said the boys were arrested on Friday on suspicion of committing a racially-aggravated public order offence.

The boys were released on police bail until 25 July.

In addition to the slogans and graffiti, about 40 headstones were toppled.